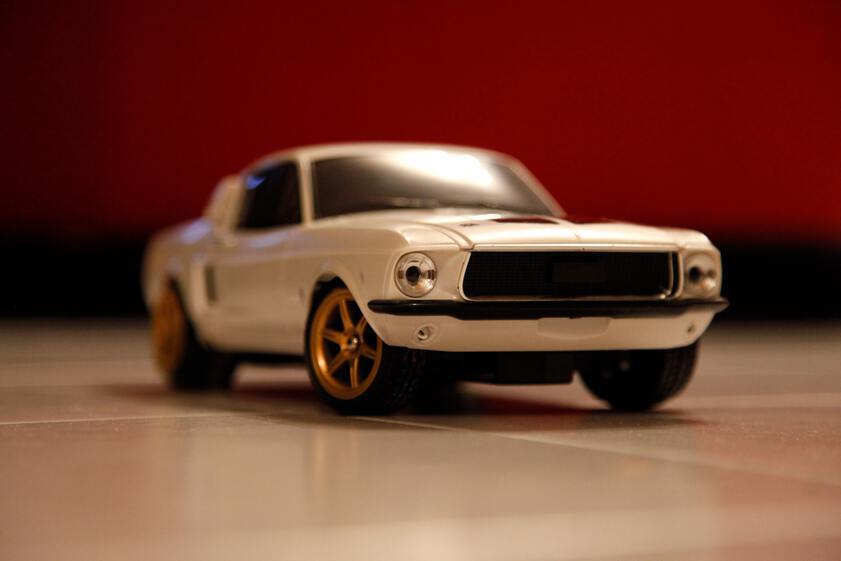 Is it Tim Allen approved?

You automotive enthusiast, you!

If you're here and reading this, it's likely you are an automotive enthusiast. 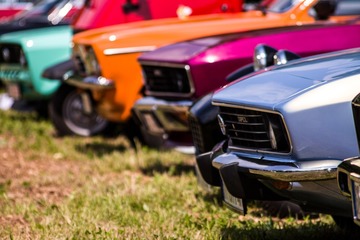 Either that or you are an extremely good friend who reads my blog articles out of pity.

But if you are an automotive enthusiast, you probably didn't just wake up one day and say:

"Hey, I think I'll be a car enthusiast today!"

No, for most enthusiasts, our path probably started because either one or both of our parents were car enthusiasts.

So where does that leave us?

Well, I guess it leaves us in a place where a three sentence summary of our "path to automotive enthusiasm" would look about the same.  But we're not in English class writing a short-form summary about our path to becoming a car enthusiast - are we?

A place where everything's made up and the points don't matter.  (Or maybe they do, and I'm just in denial /  salty none of you are using the points system algorithm I developed for Fantasy Rankings.  Hint, hint.)

Where people like me ramble on endlessly about things that you likely don't even read for purposes that continue to escape even our editor-in-chief.

(So if you're in the minority and do read our articles - perhaps you could be kind enough to post a comment so we hear more than crickets out there?  Alrighty then.) 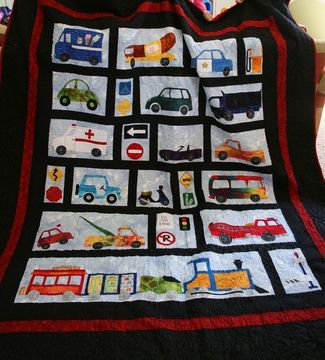 The idea that life is like an epic quilt - where each chapter could be written on a square of the quilt - definitely resonates with me.  Viewed from afar then, we see an entire life.  Yet each square tells a chapter of the story.

So what if we stuck with that kind of metaphor and applied it to our automotive story?  We would have a quilt with milestones on each square that represented the significant automotive events in our life - be it a car purchase or some other event that shaped our love of all things automobile.

But is the value of the quilt the quilt itself or the squares that compose it?

And I respond: "I, for one, think it's worth looking at the squares of the quilt."

Don't feel ashamed that you read that dialogue in the snotty accent of your choice.

I wrote it that way.

Accents and philosophical word-salads aside, the start of my car enthusiast story starts in a place where I bet many of you had your first automotive experiences as well: with a toy.

Shocker, I know - especially given the heading of this section and the title of this post.

But, I mean  - let's be real here.  How many of you out there started your fascination with automobiles by collecting and playing with toy cars?

I'm guessing there are a few of you.

I mean, how long have Hot Wheels been around?  Well, actually I looked it up so you don't have to:  Hot Wheels just celebrated its 50th anniversary in 2018.

That's impressive in its own right.  But that isn't where my Toy Story started.

My Toy Story actually started with a plastic car.

And given my proclivities towards all things Mustang, you might expect that my first automotive toy encounter was with the Ford model that Wilson Pickett famously crooned about in the way only his soul-laced-musings would do justice.

But you'd be wrong!  (If you read that as Jeremy Clarkson, you're doing something right.)

Cars in Plastic?  They're fantastic.

With apologies due to Aqua for my decidedly unapologetic lyrical parody of perhaps their most famous lyrical line, it's true: my Toy Story began with a plastic car.

In fact, one of my earliest memories is captured in the photograph below.

The photo, taken at age 3, depicts me carrying around a toy car and holding my twin brother's hand.  (One of those things I wouldn't admit to if there wasn't photographic evidence.) 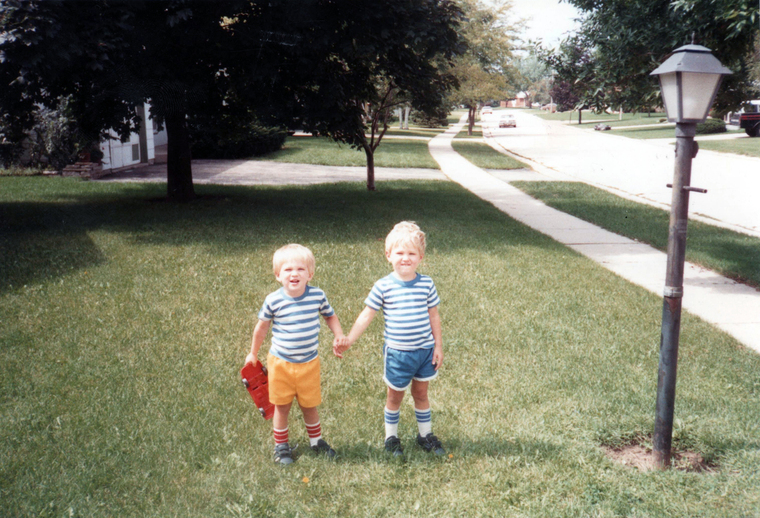 But the surprising part isn't so much that I am carrying around a car or being nice to my brother.

The surprising bit is what kind of car I'm holding in my hand.  To determine that, you actually have to look at another photo.

When you do, what you discover is that the car is not a Mustang - but a Pontiac Fiero! 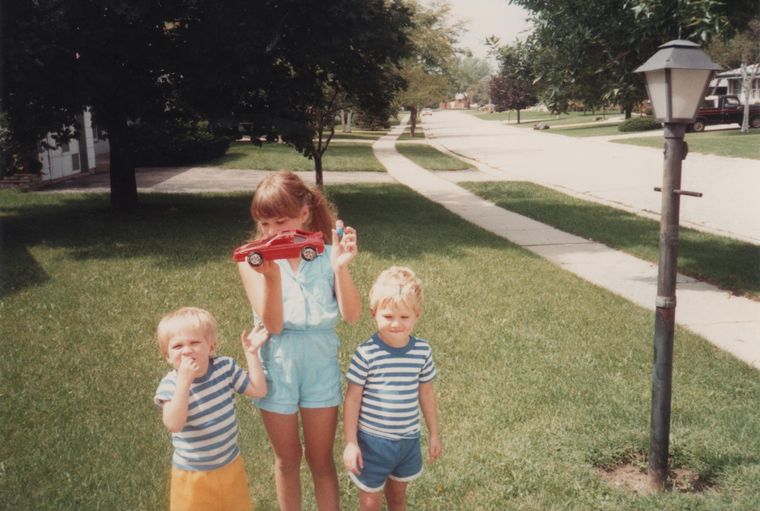 Pictured Above: Final moments before I burst into tears over my big sister holding the car out of reach. 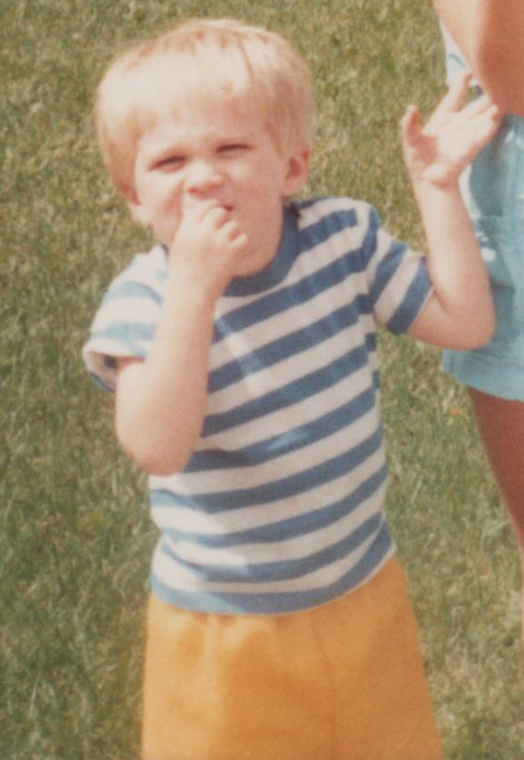 I know that some of you might be reeling with shock right now.  And for that, I'm truly sorry.  But I do have to finally admit after all these years: yes, my first love wasn't a Mustang after all.

That's OK though.  Some of us take longer to find our true love than others.

But that isn't to say I don't have a special place in my heart for the Pontiac Fiero.  It's safe to say there will always be room in my heart for GM's attempt at a budget Ferrari for the everyman. 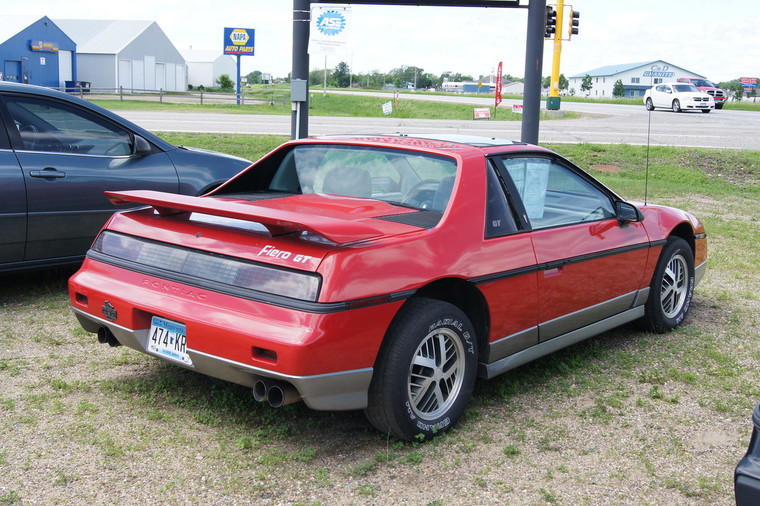 And even if it wasn't anywhere near the level of a Ferrari - Fieros are still pretty awesome in their own right.  And they rank very highly for me in my rankings of Pontiacs.

Because, I mean there was the whole fire problem with "real" Fieros produced by GM.  But as a kid - who cares?  The thing might as well have been the fastest, coolest, safest, awesomest car ever.

Because it was red.

Because  it was mine. 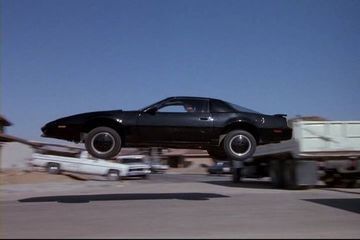 Because it moved faster when I made the Turbo Boost™ sound I learned from Knight Rider - which also featured an awesome Pontiac (see right), and David Hasselhoff (before I knew he sung weird German tunes), I might add.

I guess you could make that argument - especially considering almost all of my automotive influences at that time were coming straight from the Chief.

I'll have to dig back into the archives of my brain (or maybe through some more photo albums?) to find out what the next patch on my car story quilt is.

Special thanks to my parents for finding those gems with me and the Fiero!

In the meantime - why don't you tell me about your car story in the comments?    Where'd you get your start?

Or better yet - how about  writing your own blog on our site?  (Yeah! Put our points algorithm to work! ) 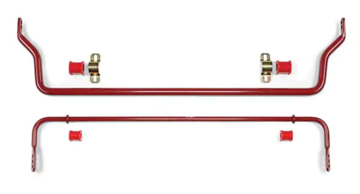 I mean, look at this article.  Our editor-in-chief just wrote about how his automotive enthusiasm started out as a love story for a plastic car that, in real life, was prone to starting on fire.  A car that was famously powered by GM's notoriously slow Iron Duke.  A car that was taken out of production as quickly as it was put into production.

One hundred points to whomever finds the most references to movies, actors, and TV shows in this post.

Here's a freebie: I wonder what automobile aficionado Tim Allen thinks of this Toy Story?

(Editor's Note: If you are wondering why there is a photo of an anti-roll bar, you're setting the bar way too high.)