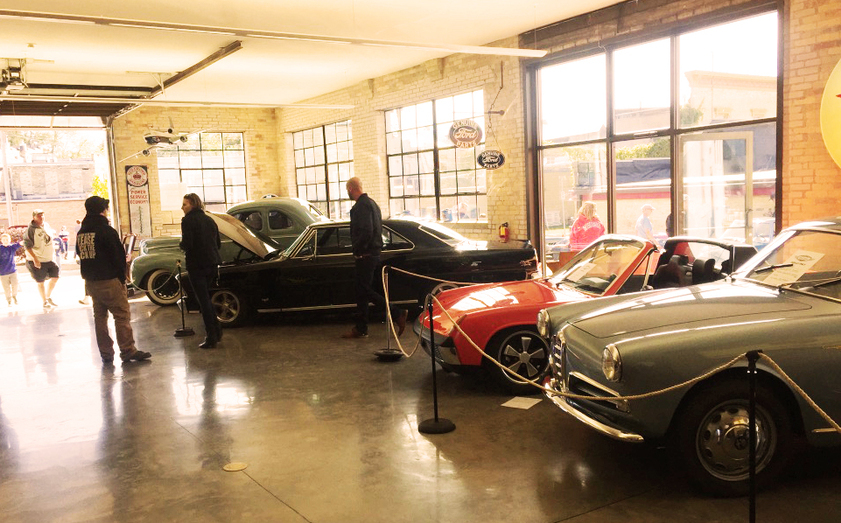 Cars, coffee, scenic vistas, winding roads - and that wasn't even the memorable part.

In many areas, but the Midwest especially, automobile enthusiasts love the fall season because of the driving opportunities provided.  Cooler temperatures mean our rides make more horsepower, roadside scenery explodes into beautiful colors that nearly defy belief, and the crisp air has a deeply enjoyable bitter-sweetness to it that goads you to venture out for your last hurrahs of the driving season.

I share these sentiments; my love for fall is vast and wide.

And winding roads during fall?  Yes, please!  Yes, winding roads during this time of the year are nothing short of nirvana for an enthusiast, even in a vehicle whose only speed is slow.  But the allure of free speed due to the cooler temperatures in something a bit friskier beckons too, and many an enthusiast dreams of that empty curving backroad with fall foliage enveloping the landscape at breakneck pace. 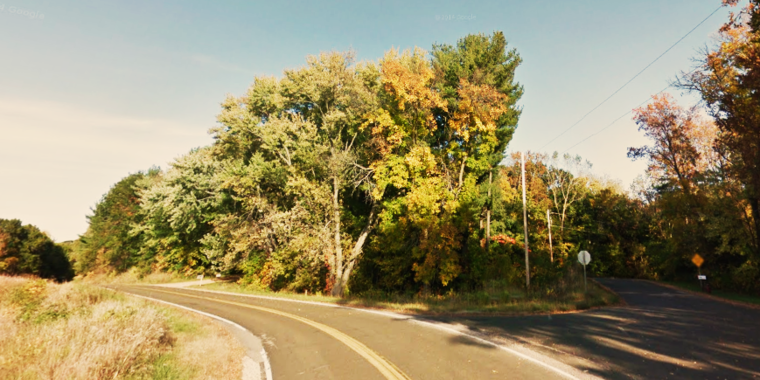 But, to be honest, I knew that long before I woke up that day.

In fact, I knew it would be a beautiful day even without the perfect temperature, the vibrant foliage, or my first ever Lake Mills Cars and Coffee experience.  Yes, Sunday, October 1st, 2017 was destined to be beautiful.
But it wasn't entirely because of anything I've mentioned so far.

Just like the men who've come before me who have proposed to their girlfriends, I had been planning this very special proposal day for a while.  And while it all came together even better than I had imagined, the best parts actually ended up being the parts that didn't go according to script.

The best place to start the story is actually when Melodie and I were preparing to leave for Cars & Coffee that morning.  This is important to the story because, in spite of my planning, I still had not figured out how I would carry the ring with me unnoticed by my then-future fiancée.
Since I wasn't planning to propose until mid-afternoon, somehow I had to carry the boxed engagement ring with me all morning undetected.

You might think the solution was easy.  Just take the ring out of the box and put it in your pocket - right?

I decided early on that wouldn't work because of my proposal venue, Devil's Lake in Baraboo, WI.  There was simply too much risk in losing the ring in the rough terrain.

Would you propose on these bluffs  without a box? 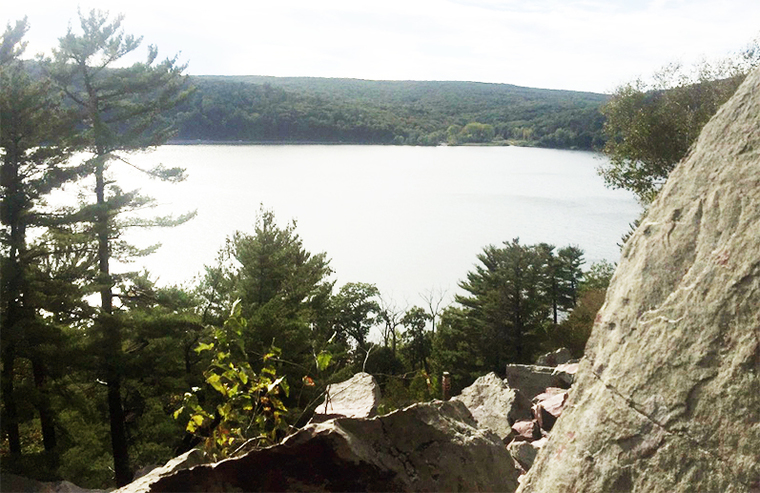 Well, maybe you would, actually.  But I wasn't that brave.  So a boxed ring was non-negotiable as far as I was concerned.

And if I definitely needed that bulky ring box in my pocket, I would have to devise a way that it wouldn't draw attention to itself.

The answer to my ring dilemna actually was directly related to another part of my plan, and it was right in front of me all along.  You see, a crucial part of my plan was to catch the proposal moments on video so Melodie could enjoy the moments forever - and this also became the key to a successful "covert ring operation."  (If you're either impatient or excited - you can skip to the bottom to see the video of the proposal.)

Luckily, I wasn't worried at all about Melodie questioning my use of a camera that day.  Since we were going to Cars & Coffee and Devil's Lake, both natural venues for camera and video, taking the GoPro was like taking a towel to a beach day - a natural fit.

But it was when I realized that the camera's accessories wouldn't be questioned either that I had my epiphany.

So I changed into cargo shorts with gigantic pockets, stuffed one of my pockets to the brim with accessories I needed (and even some I didn't, for good measure), added the ring to the other pocket, and we were off to the races - or Cars & Coffee at least.

When Melodie agreed to do Cars & Coffee on that Sunday, I wasn't surprised, but I also wasn't sure how much she'd actually enjoy it.

Melodie is an amazingly supportive person and extremely understanding of my time-consuming automobile hobby.  But I knew going in that it wouldn't be extremely thrilling for her to look at hunks of metal all morning.

I knew deep down that she was doing this for me because she loved me; she said she wanted to go without hestitation when I asked.

But really, the genius of Cars & Coffee is that it combines two popular things together.  And while Melodie isn't really an automobile enthusiast, to my favor - Melodie is a coffee enthusiast.  So I think that played into this as well.

Even so, Melodie enjoyed the cars part of Cars and Coffee more than I actually expected.

Just look at her beam in front of this Mustang Shelby GT350 (which is, incidentally, my dream car): 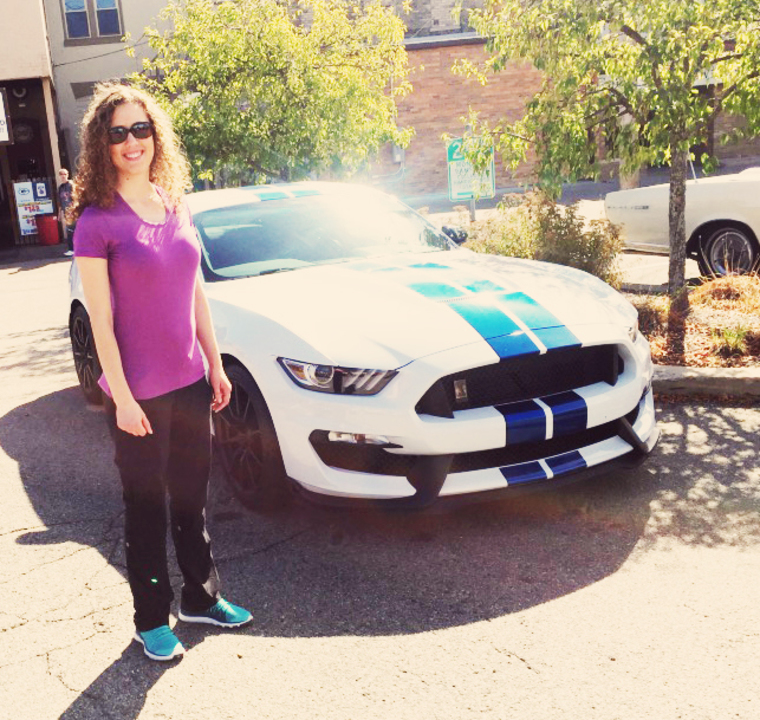 And then Melodie snapped this shot of me alongside my dream car as well ... 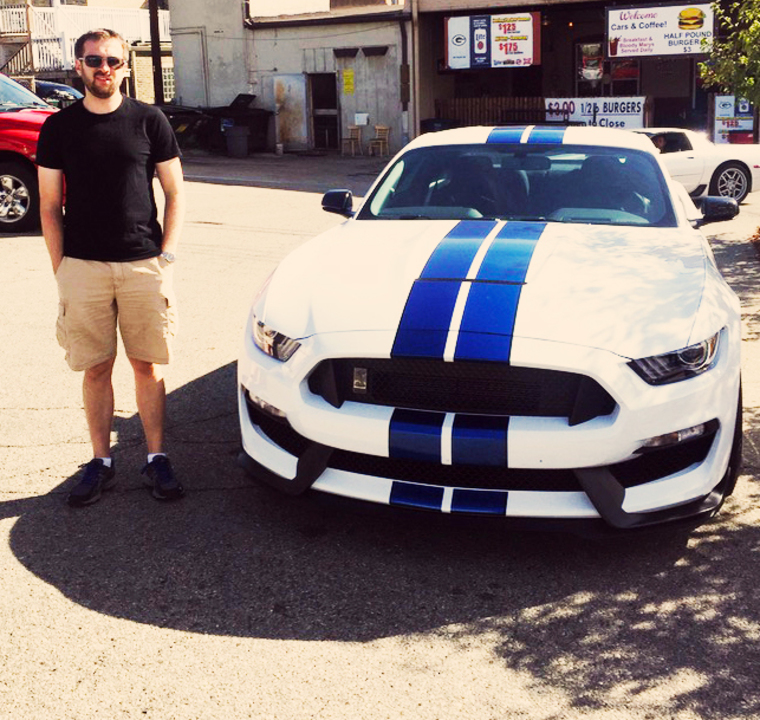 Take note of my hands in my pockets.  Yep - that was partially paranoia and partially trying to "play it cool."  I wouldn't call myself nervous, but I think at this time I was definitely pensive - going over my future proposal strategy in my head over and over.  Despite loving Cars & Coffee, afternoon couldn't come soon enough.

But Cars & Coffee was just as good as everyone says it is, and I took photos of a wide variety of cars.  But I'll save all but one more of that beautiful GT350 for another post: 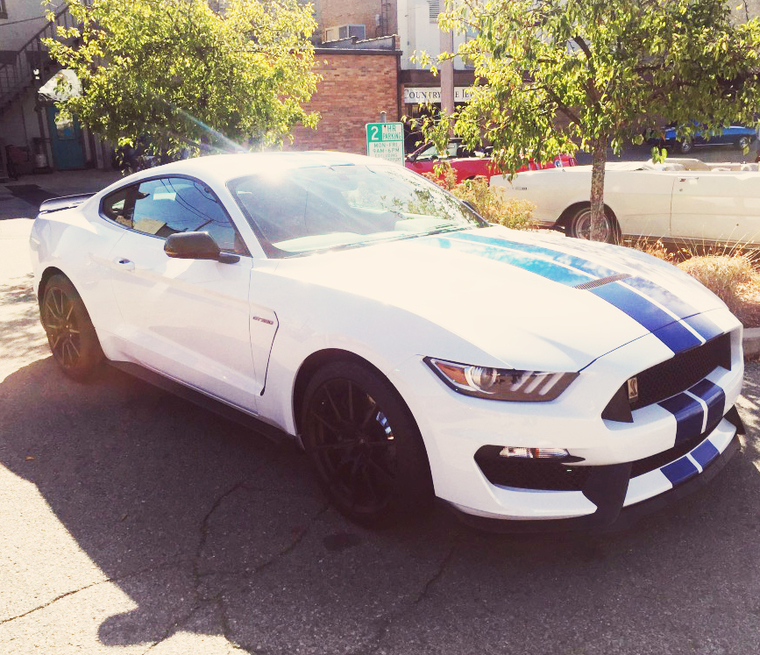 So, if you're still following along, it's safe to say the day was going so well, I had to pinch myself.

But it wasn't just me who got to enjoy something I love to do on that glorious fall day.  Now it was her turn - time for some coffee and conversation.

Of course, I must admit, I'm a pretty big fan of conversation myself.  And, on that particular day, Melodie suggested a coffee roast that I enjoyed quite a bit as well - so you could say that on that day, even I was a coffee fan.

But if Melodie was beaming at the cars portion of Cars & Coffee, she was just plain glowing when we got her coffee.

We were both having a fabulous day already. 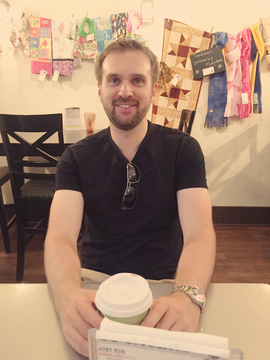 While Melodie and I don't share every possible interest in common, one thing we both had been desiring, since the first day we met, was to go to Devil's Lake.

In the deep recesses of my mind though, I wanted to wait until a special day to go there with her.  When I decided that Devil's Lake would be my proposal venue, I knew that would meet my "special day" criteria.

Blustery with 100% chance of Joy

When we arrived at Devil's Lake, after parking my Fusion (car site, remember?), we sat at picnic tables on the North Shore and enjoyed our lunch.

The conditions were, well - extremely blustery.  So much so that I actually put on my sweatshirt despite temperatures in the upper 60s.  Blustery or not though, this was the perfect day for hiking in the bluffs.

The temperature was perfect and the skies were an amazing blue. 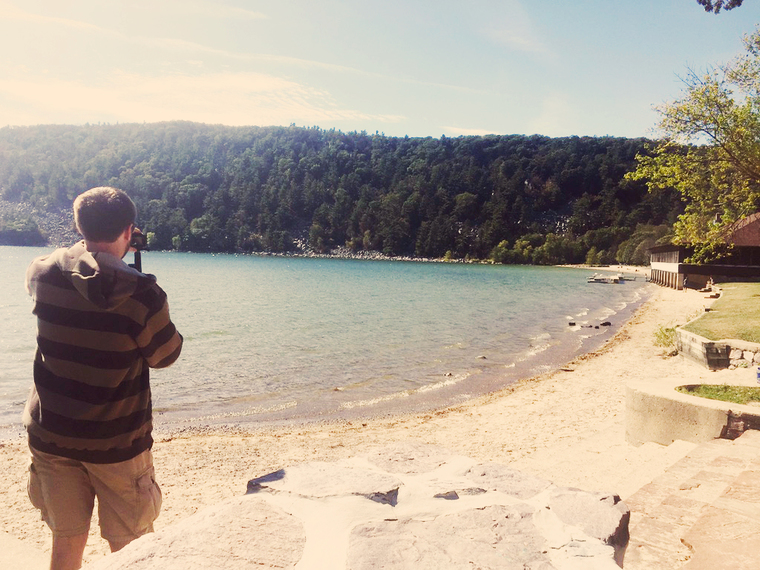 As we finished up lunch, I asked Melodie if she would like to head up into the bluffs.  Of course she did.

But I actually wanted to propose on the bluffs, and I wasn't quite ready - so I convinced Melodie to take the relatively easy paved trail known as Tumbled Rocks Trail on the West Bluff instead.

While we were on the Tumbled Rock trail, we stopped to take our last photo ever as "just" boyfriend and girlfriend (even though she didn't know that at the time). 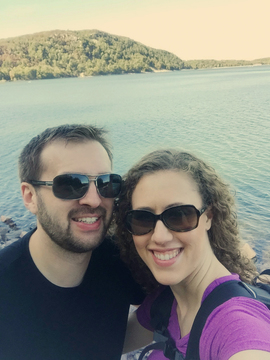 In less than an hour, I would propose and we would then be ... drum roll, please ... engaged fiancées!

For those of you who haven't hiked at Devil's Lake, there are many options to venture up into the bluffs.  Not all trails are created equal.

I am by no means even close to being a mountain climber, but I also don't mind a slightly more challenging climb.  I don't do anything too crazy, but I can certainly walk up stone steps. 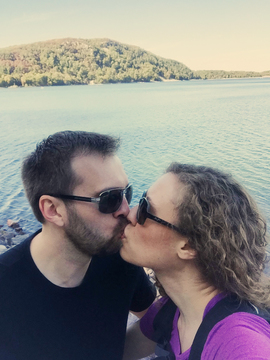 I hadn't originally intended to take us up one of the difficult trails, but when I remembered the views of the trail we were approaching, I decided to give it a shot.

No turning back now.

The primary reason I chose Devil's Lake for my venue to propose is obvious: amazing views.  Photos and video don't really do the place justice, but once you climb up, you are treated to something along these lines: 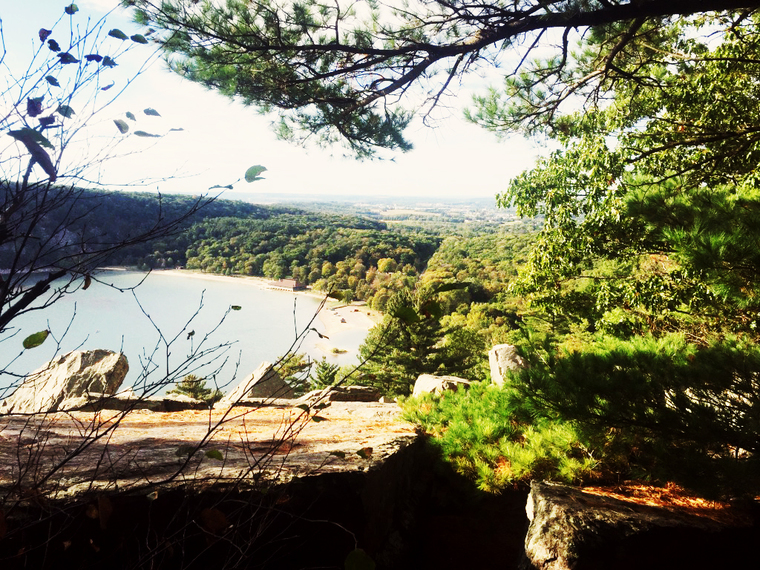 It speaks for itself.

So perhaps the video I captured of me proposing to Melodie might make a bit more sense when you understand what she's looking at over the bluff's edge.  If she seems like she's happy to comply with my requests it's precisely because of what gorgeous scenery she is looking at.

And with that said, there really isn't much more I can say to describe how wonderful the day was.

Other than this: Sunday, October 1, 2017 was the best day of my life so far.  And if you want to know why, watch the video below.