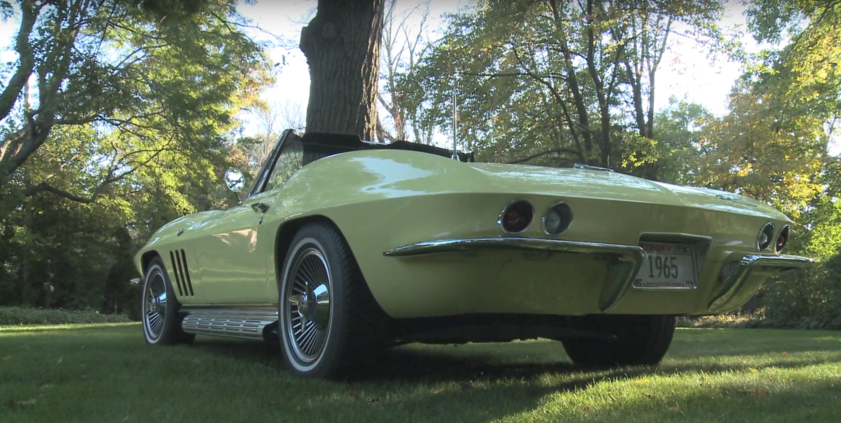 Every car has a story, but are cars ultimately "just" cars?

Is there any place for sentimentality in the world of automobiles?

Many of you who follow me on Piston Republic are aware of my project car - a 1999 Ford Mustang GT.

So you've heard a lot about what the car has been through lately. But do any of you know the story of how I came to possess the car in the first place? Well, a few of you might - but I haven't really shared the story on my blog before.  So, here goes.

In the summer of 2004, my parents were in the market for a used car to replace the 1995 Mercury Sable that they gifted to me as a commuter car to facilitate my travels to school and work.  After they had agreed upon a budget for their newly planned vehicle, my dad began the search.

His search, at least as I recall it, primarily involved eBay Motors and AutoTrader.com.

He started with the usual suspects that my parents had been buying at the time - primarily Ford Tauruses and Mercury Sables.  Not exactly exciting cars, but inexpensive to own and operate.  I drove the Sable pictured above to over 150,000 miles during my college career.   They were good at what they were good at - being basic transportation.  But they definitely weren't exactly exciting cars. (Taurus SHO owners, hold the angry letters ... we know ... )

My dad must have realized they weren't exciting too.  Something triggered my dad to dream a little that night on AutoTrader.  This time, in the dropdown, he didn't filter by Taurus or Sable.

He just filtered by price.

And pretty soon he stumbled upon the listing for my mom's future car.

It was a shimmering beauty ...

The price was right.  The car was beautiful.   Soon, they were writing a cashier's check and having the car shipped to their home all the way from its original home in Mechanicsville, Virginia.  (Home is southeastern Wisconsin for my family.)

Now I realize that (most of) you are wondering why the heck I am telling you about a Jaguar when I started off claiming I'd tell you how I came to own my current Mustang.

But the answer is that this story of the Jaguar is important context in terms of how and why the Mustang was eventually purchased.

The Jaguar was a catalyst, really.  It was the catalyst that ignited some excitement in my dad to look at vehicles outside of the run-of-the-mill family haulers that he and my mom were gravitating to at the time.

The Internet really opened up my dad's eyes to the possibilities that were out there.  It became a powerful window that enabled him to view (nearly) the entirety of the automobile marketplace.  And although he already knew about the "wonders of depreciation" (my parents haven't purchased new vehicles since 1978), he had never realized how much and how quickly those elegant leaping cats depreciated prior to that search he made.

So if you were snoozing or cruising too quickly through that above portion, the TL;DR is that my dad, through the Jaguar XJ6 purchase, realized he could purchase something fun for almost the same money as he could buy something run-of-the-mill.

So the next time my parents were in the marketplace for a vehicle, my dad was once again looking outside the box.  And since he was open to ideas, I did what I always try to do:  I leveraged the opportunity.

In other words, I began putting some ideas in my dad's head.

I started pretty subtlety.  Maybe a mention here or there at dinner. 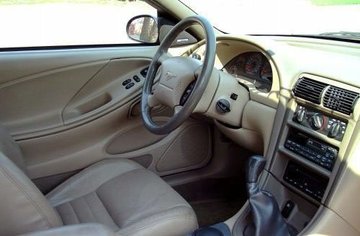 So eventually, I became more blunt and I started sending my dad's email account links to Mustangs that I had seen in the area on AutoTrader and eBay Motors.

There were a few different ones that popped up around town.  Although I would have absolutely loved it if we could have found an in-budget 1999 Mustang Cobra (my alias, after all, is SVT_MAN, right?), they were a bit too expensive at the time.

Still, the green 1999 Ford Mustang GT that appeared on AutoTrader looked pretty great.  And the price was right.  So eventually my dad drove up to central Wisconsin with my twin brother to look at it.  (I must have had something really important going on that day because I can't imagine not wanting to accompany my dad.)

My dad wrote the check, drove the car home, and well - the rest, as they say - is history.

Now, I say all of that ... but you still don't know how I came to acquire the car.

The answer is impossibly simple: my dad was nice enough to grow tired of the car, and give me a great deal on it when he was through with it, so that he could avoid the harsh ride and hard, asymmetrical leg workout on his long commute.  (The car is a manual transmission.  For what it's worth, he eventually purchased a used Jaguar for himself as well.)

So now you're probably thinking something along the lines of ...

"Nice story, but who cares?"

Well, probably not you.

And that's okay.  But the stories mean something to me because it's not just a car to me.  The car has so many memories for me that it is hard for me to separate life from the car and the car from life.  I guess you could call me sentimental about it.

But I realize that not everyone is so sentimental.  And that's okay.   We all relate to our vehicles in different ways.

One man who is decidely unsentimental is the Corvette-owner who Don Ford invited to take part in his expertly-crafted "Dream Machines Video Series."  This man's opinion was actually my catalyst to reflect on whether I was sentimental about my own vehicle and create this article in general.

After writing this article, it certainly appears to me that I am.

But what about you?  Is a car just a car?  Is there any place for sentimentality in the world of automobiles?