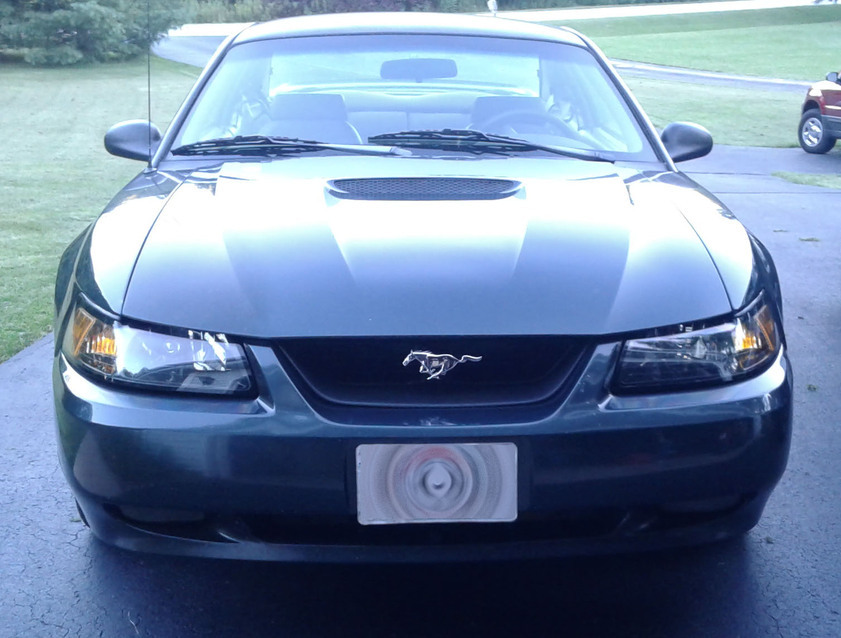 Seventy degrees, sunshine, and stuck in a driveway

An uncharacteristically-beautiful Wisconsin Easter weekend and I wrenched on my Mustang instead of cruising in it.

Last Saturday was a glorious spring day, filled with sunshine and warmth here in southern Wisconsin.

Being that it was Easter weekend, the roads were bound to be busy.  But the nice weather summoned yet more vehicles out to the road, some of which had recently awoken from their winter hibernation.

My car was guilty too:  a 1999 Ford Mustang GT that had been sitting all winter in my garage.

Although I was eager to get my car out on the road, before I set out, I was thinking back to how much my car has changed over the span of the last year.

In May of 2016, I started modifying the car extensively.  The biggest modification by far was the suspension - which I replaced with an Eibach Pro-Street S coilover package.

Overall, the suspension has been a great modification.  The car rides and handles much better than it ever has.

Or at least it did.

Late Saturday night, as I was performing a Y-turn in my girlfriend's driveway ...

I knew immediately that something vitally important in the suspension had broken.  I got out of the car and noticed that the  entire left-front side of the car was suddenly down on its haunches, and I saw a metal washer roll underneath the car.

After I popped the hood, I immediately diagnosed what happened.

The strut shaft had completely sheared off.   I was in disbelief.

I couldn't fathom how this happened let alone how I was going to get home.

Lucky for me, my girlfriend's father is quite a resourceful man.  After explaining to him what happened, he took me over to his shop where he proceeded to weld the strut shaft back onto the body of the strut.

He worked some kind of miracle, frankly.

The next morning, yes, on Easter - I put my car back together with his help.  Although I had some moments where I was questioning whether I was putting it back together correctly, later that day I gingerly drove the vehicle home under its own power.

The car made it the 30 miles back to my house without incident.

I'm not sure, to be honest.  I'm currently in the process of a warranty claim with Eibach who made the kit.  I explained to them what happened, and although they were obviously not thrilled that I had no pictures to document what happened, they are agreeing to let me return the product and have them rebuild it.

I am thankful for that because I am sure that other companies might not be so generous.

So the bad news is that the car will be down for a few weeks.  The good news is that I might not have to pay for anything other than shipping it back to Eibach.  (Which will be quite expensive since they are based out of California.)

I wish I had pictures for you of the incident, but I was too busy getting the car back together to remember to get any for you.

When I take the part back off the car, I'll make sure to post some updates.