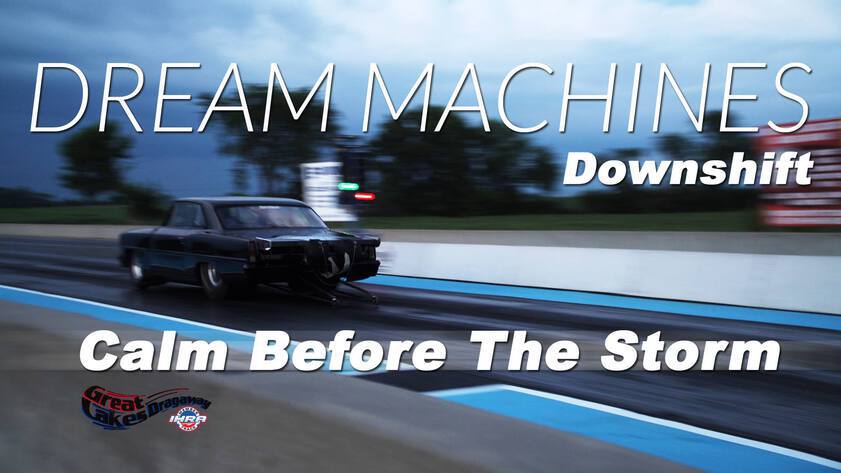 Calm Before The Storm

All was calm when we arrived at Great Lakes Dragaway on Wednesday evening August 30th, but as the cars lined up, dark ominous thunder clouds approached from the Northeast. As things grew darker and the wind began to pick up the cars unleashed a storm of thunder and fury all of their own.

Wednesday August 30th I decided to visit Great Lakes Dragaway to witness some bracket racing. It was also "Ladies Night". It was a fairly quiet evening when my friend Mark and I got there. The air was cool and the sky was clear.  The sun began to set and as any cinematographer would, I became excited because it was shaping up to be a perfect "magic hour".

A few cars began to warm up in the pits and a few others began to make a few passes down the track. It was the perfect time for Mark, my impromptu audio guru and I  to get some warm up shots. As we got warmed up and the evening went on, things began to get a little busier.  At this point the cars were not racing yet, but making some practice runs or doing test and tune runs. The cars ranged from regular street cars to fully built drag cars. As some of the more ferocious cars began to stage, the sky began to turn dark as huge clouds approached from the Northeast. A literal storm was brewing and it became the perfect setting for the thunderous sound and fury that these powerful beasts would display.

As the sky turned black and the wind picked up a huge towering storm cloud began to rotate above us. A fully built Chevy Nova drag car  out of Chicago known as "Tuffenuff" rumbled to life in the pits. It was so loud it could be heard all the way at the staging area by the Christmas tree. The car thundered into the burnout box and without stopping, gassed it and lit up it's massive slicks. The car shot past us leaving  a tunnel of swirling tire smoke in it's wake. The sky was really ominous now and the wind began to howl. "Tuffenuff" lined up at the tree and when the lights went green the car launched with such violence and noise I could feel the sound reverberate in my chest cavity. There may had been a storm brewing above, but there was dramatic thunder and fury taking place on the track.

Before the bracket racing could take place the sky's opened up and the rain shut the event down. Our night ended due to the storm, but I hope you'll agree that it made for some spectacular footage. A huge thank you to the terrific folks at Great Lakes Dragaway for letting us capture the action. It was an amazing experience to be able to film right next to the burnout box. I could feel the heat from the headers and went home smelling of tire smoke. Oh yes, of course, don't forget to check out the video, "Calm Before The Storm". If you enjoy  it be sure to watch the other videos we have on the Dream Machines video series youtube page.