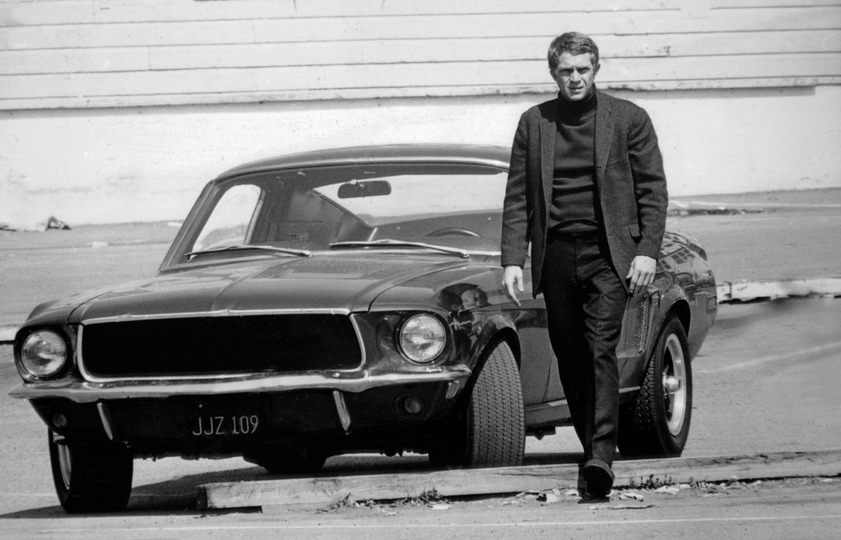 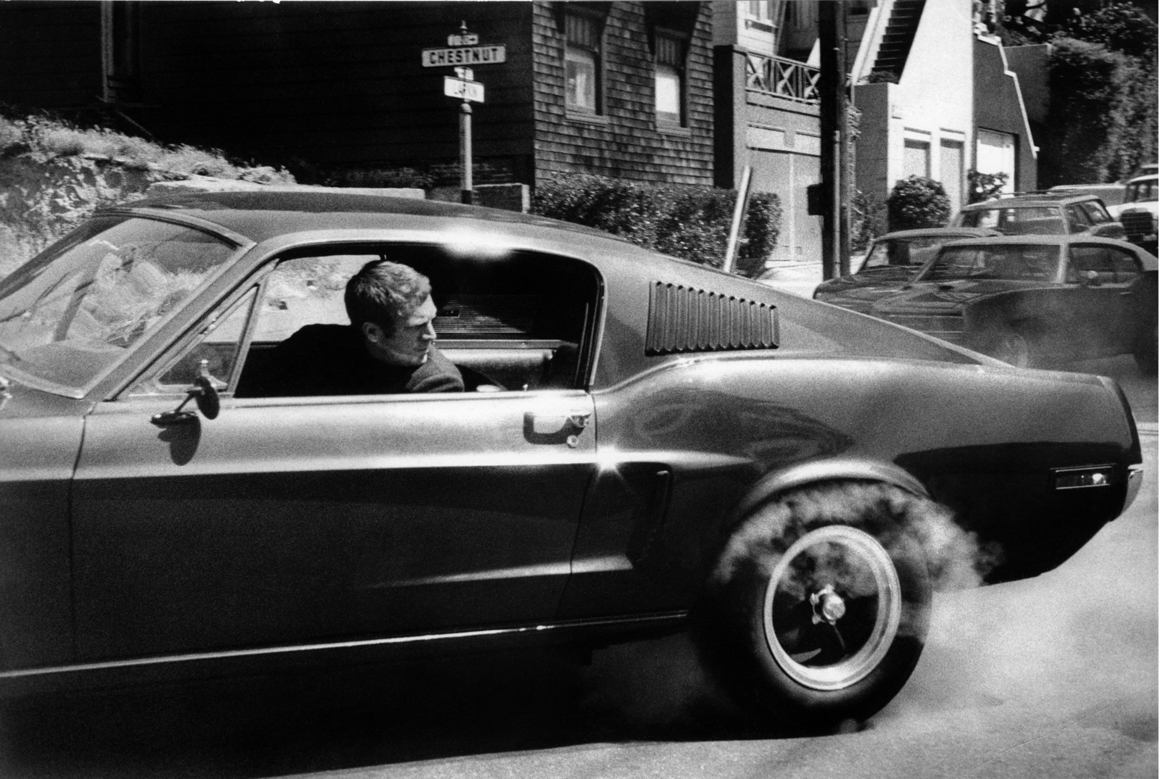 What is a Bullitt Mustang? Well, back in 1968, famous movie star, Steve McQueen, drove a Highland Green '68 Mustang GT 390 in the Academy Award-winning cop thriller, Bullitt. The Mustang was fitted with American Racing Torque Thrust wheels and stripped of all of its badges and chrome bits to give it an undercover detective's car look.

McQueen was playing the role of no-nonsense San Francisco police detective, Frank Bullitt. The film is most revered in the automotive community for its 10 minute car chase featuring McQueen’s Highland Green Mustang and the bad guys in their sinister jet black 68 Dodge Charger R/T.  Two of the finest examples of vintage Muscle cars going head to head at 110mph through the hilly streets of San Francisco.

The chase is still lauded as one of the best in cinema history and changed the way car chases were filmed from then on. The stripped down "look" of that '68 Mustang fastback became a cult hit with the car community. Hot-rodder’s began striping down their Mustangs and putting Torque Thrust wheels on their cars so their Mustangs looked like the "Bullitt" car.  Though it wasn't called a "Bullitt" by Ford back in '68, Steve McQueen’s Mustang is the original. 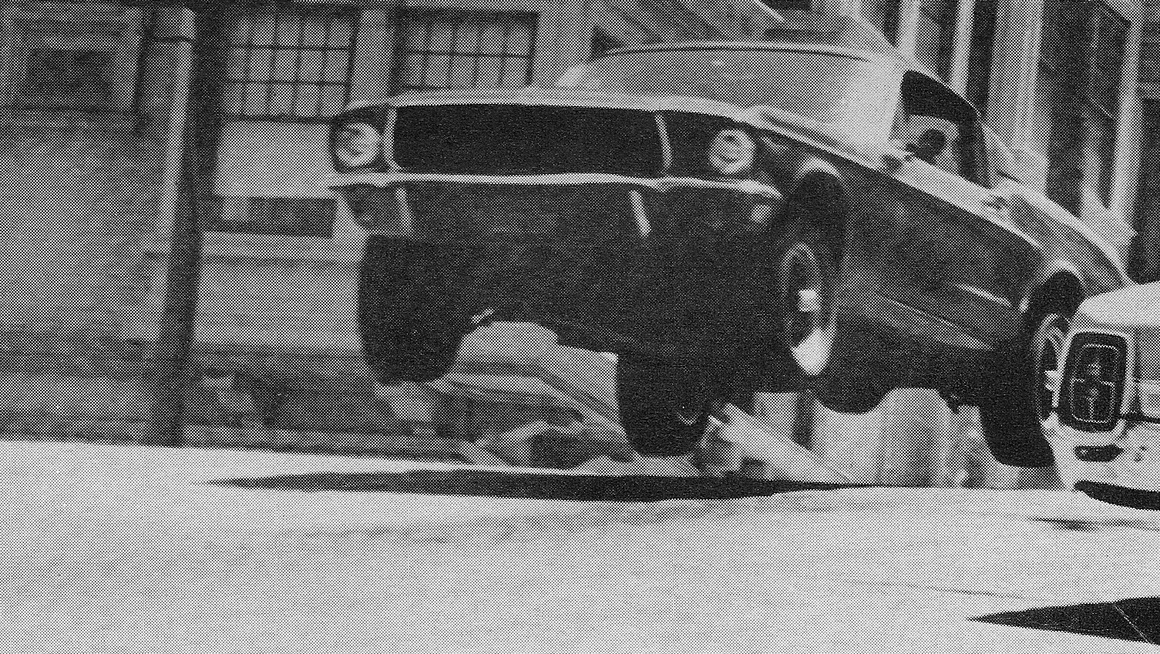 Fast-foward to the early 2000s and the auto industry tapped into retro themes to get baby boomers back into the showrooms. Ford helped bring about a resurgence in the Muscle Car market.

Along these lines, Ford, Warner Brothers and the McQueen’s estate cooked up a "Bullitt" branded Mustang GT package in 2001. This car used the “New Edge” designed SN95 platform.

It was a huge hit.

It came in three colors: Black, True Blue and the movie car color, Dark Highland Green. They gave it a set of grey five spoke wheels that mimicked the look of the American Racing Magnesium Torque Thrust wheels on the original movie car.

The car also got a unique suspension and brakes, a revised intake, throttle body, and exhaust for a bump in performance over the GT car. The interior got unique retro style leather seats, a unique gauge cluster with retro font, an aluminum shift knob, and aluminum pedals. Each car was given a unique serial number for authenticity and collectability purposes. 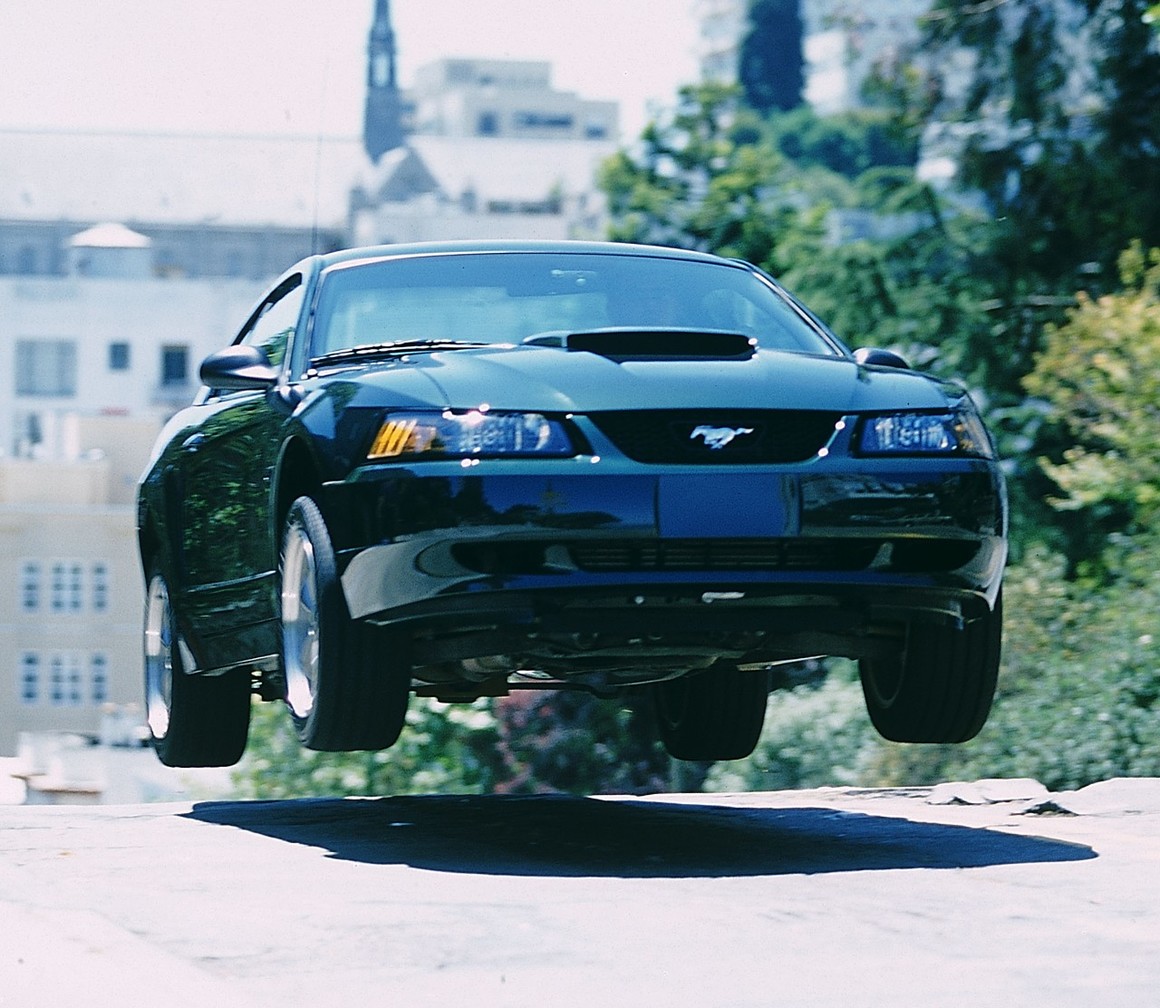 In 2005, Ford came out with the retro-inspired S197 Mustang. It drew design inspiration from the early 60s Mustangs. This design really lent itself well to the Bullitt treatment - and, sure enough, in 2008 Ford released a second “Bullitt” edition car.

This car is arguably even truer to the 68 GT 390 from the film. The car has no badges to identify it as a Mustang, no running pony in its grill and only a faux gas cap on the rear deck lid to identify it as a Bullitt. It is a very understated, yet sinister look. Once again the interior was given a retro treatment with unique instrument cluster as well as an aluminum short throw shifter, aluminum pedals, and a unique engine-turned dash panel.

This car also got a bunch of Ford Racing goodies including a revised cold air intake, exhaust, suspension, brakes and 3.73 gears. At the time it was Ford’s best-balanced Mustang, and it became the basis for the redesigned 2010 Mustang GT.

These cars have amassed a passionate cult following among Mustang enthusiasts and, since the Mustang was redesigned in 2015, there has been speculation as to whether Ford would ever again revisit the Bullitt formula.

Ford recently released its mid cycle refreshed 2018 Mustang GT and by all accounts it is a remarkable car. The 50th anniversary of the film is in 2018 - so it would make sense that Ford would release a 2019 Mustang Bullitt.

A while back there were also some images leaked in a Ford  web video featuring Dwayne Johnson (https://youtu.be/Ljk8SQsfAkk) that got people’s hopes up.

Moreover,  just this week someone snapped a photo (http://www.foxnews.com/auto/2017/12/06/new-ford-mustang-bullitt-possibly-spotted-on-street.html) of a 2019 Mustang that looks, to these eyes, to indeed be a Bullitt: 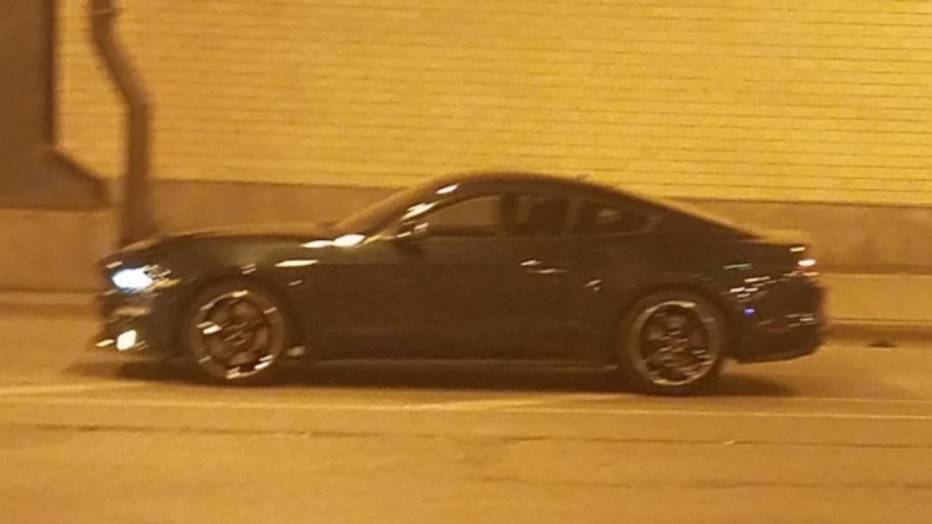 If Ford does release a new Bullitt, that will be its third "remake" of the legendary 1968 GT 390 that Steve McQueen piloted in the movie Bullitt nearly 50 years ago. My only question will be, with all of the current car’s new technology, will the experience of driving it be anything like driving the 1968 Mustang GT 390, and should it?

I feel like the 2001 and even the 2008 Bullitt’s were still analog enough to capture some of the raw driving experience of the original car.

I’m not sure a 2019 Mustang GT will be able to truly channel that nostalgic feel. That’s not to say it won’t be a truly brilliant car - both the 2001 and 2008 Bullitt Packages were great performance cars in their day.

I guess only time will tell.  Do you have any insights or speculations on the potential for a 2019 model?

Feel free to add your two cents in the comments below.
Written by Don Ford
For pistonrepublic.com
All image sourced from Google Images.

From the Ford Performance website:
"Shortly after the all-new 2005 Mustang was launched, talk of reintroducing a Bullitt edition was rampant among Mustang enthusiasts. With the sheet metal atop the new S-197 platform so closely mirroring the classic 1968 Mustang shape, it's no wonder that so many people were excited when Ford unveiled the Bullitt edition Mustang GT for 2008.

Engineers tapped Ford Racing for a host of upgrades to make the new Bullitt much more than just an appearance package. Ford Racing’s Power Upgrade Package added 15 extra horsepower to the Mustang GT’s 300 ponies. Suspension tweaks included stiffer shocks, springs, and a strut tower brace, giving the Bullitt extra bite in the corners. Bullitt-specific front brake pads and 3.73 rear gears rounded out the mechanical upgrades, save for a true dual-exhaust system that was specifically tuned to sound like Detective Frank Bullitt’s own 1968 Mustang movie car.

In keeping with the classic film, the 2008 Bullitt was stripped of badging, scoops and spoilers, with the faux gas cap on the trunk bearing the only name of the beast. A unique grille and specially crafted 18-inch wheels finished the exterior treatments, while Bullitt-specific interior trim with Bullitt badging and an aluminum shift knob completed the Bullitt transformation. Each 2008 Bullitt was assigned its own VIN-specific serial number on a special ID plate affixed to the car's strut tower brace.

Available in either Dark Highland Green (specific to the Bullitt) or simply Black, the 2008 Mustang Bullitt is a thoroughly modern take on the original movie car legend."

I purchased my 2008 Ford Mustang Bullitt, used, from a small dealer in Palatine Illinois on Feb 11 2016. This date was significant because it was exactly a year to the day that my father had passed away. My Dad was getting older and wanted to find a fast car to help make retiring from his motorcycling days a little easier. Unfortunately we didn't get to make that happen, but a year later I decided to take my fathers advice and pull the trigger on my own dream, a 2008 Ford Mustang Bullitt, build #0890. It had 79k on it and five previous owners, but was a very clean car and the price was right. The car was a stock Bullitt except for the California special front fascia and the side window louvers which really look great on the Bullitt. During my first summer with it I installed the Ford Racing adjustable handling package and the Ford Racing FR500S axle back exhaust. Both have been wonderful modifications. The car sits an inch lower and carves up the corners with precision, all while making an absolutely fantastic symphony of angry V8 noises. It truly is a Dream Machine for me and it does nothing but make me smile from ear to ear.