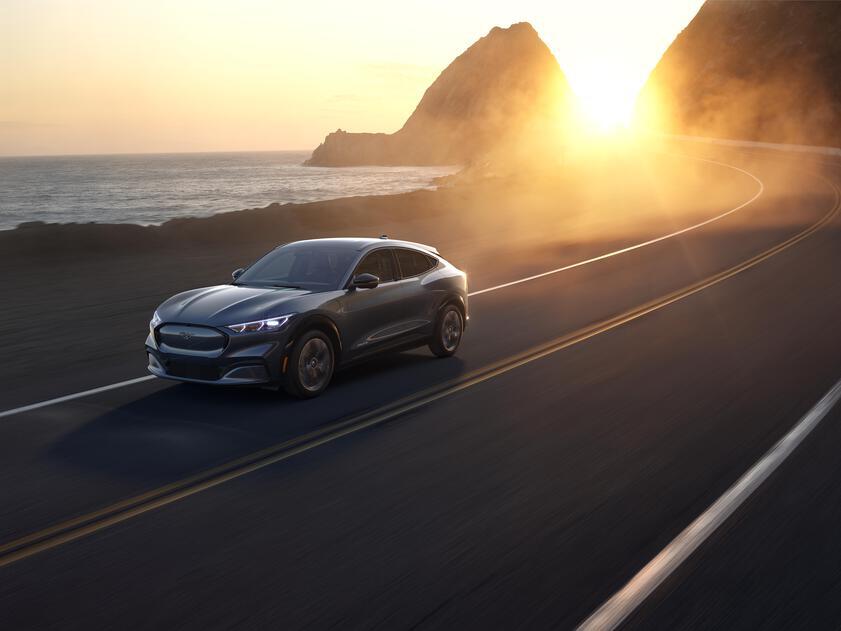 So, unless you're still playing Farmville on Facebook, chances are you have probably heard by now that Ford is releasing this all-electric MACH-E SUV thing pictured above.

The TLDR is basically this: Mustang enthusiasts are ticked.  Ford may try to run these PR campaigns on Facebook and other social media outlets to convince us this is a Mustang, but it's not fooling anyone.

And it isn't like this is the first time we've been upset by odd marketing and/or management decisions at Ford in recent times ... let's review.

Bells Have Tolled Before

Remember back in 2018 when Ford announced they would no longer make cars?

And so do countless others who felt like Ford was turning their back on them after years of loyally buying their cars.

Me?  Well, admittedly, I tried to only buy the good stuff.  And when it came to the 2010 Ford Fusion, it was more than good - it actually exceeded my expectations in a vehicle. 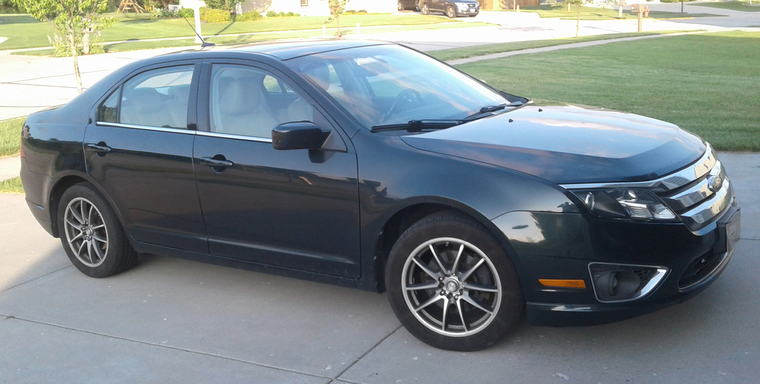 Ford tends to do the best when its back is against a wall - and that's exactly where Ford and everyone else was in 2008 thanks to the housing and mortgage crisis.

After all, in the late 2000s, Ford was fighting for its life and its products saw a resurgence and innovation like we hadn't seen from Ford since the 1980s when vehicles like the Taurus shocked America with its new design language and innovative configuration.

Like its innovative predecessor from the 1980s, then, from the first time I drove a Fusion, it was blatantly obvious that the second generation Ford Fusion was a result of the hard work that engineers and designers at Ford had put in without letting the bean counters compromise things too much.

When at its best, Ford builds some great stuff.

So, why, then, would Ford decide to cede the entire sedan and small car market to other manufacturers and abandon being a full-line manufacturer?

Well, there are numerous reasons - some quite valid ... like short-term profitability - but I still don't know that it's a good idea.  I suppose only time will tell.

And while this announcement was annoying, it wasn't an announcement I could be completely livid about when you factor in the market trends and conditions where everyone and their brother wants an SUV.

So the market is changing.  Sedans are falling out of fashion.

But there was one car in the Ford lineup - actually, one sort of brand, if you will - I thought was safe from the culling.

I also had hope that Ford hadn't completely lost the plot for another reason: I remember talking with a friend about Ford following the announcement.

My friend's response was something along the lines of:

"Well, at least Ford Performance is still alive and well!" 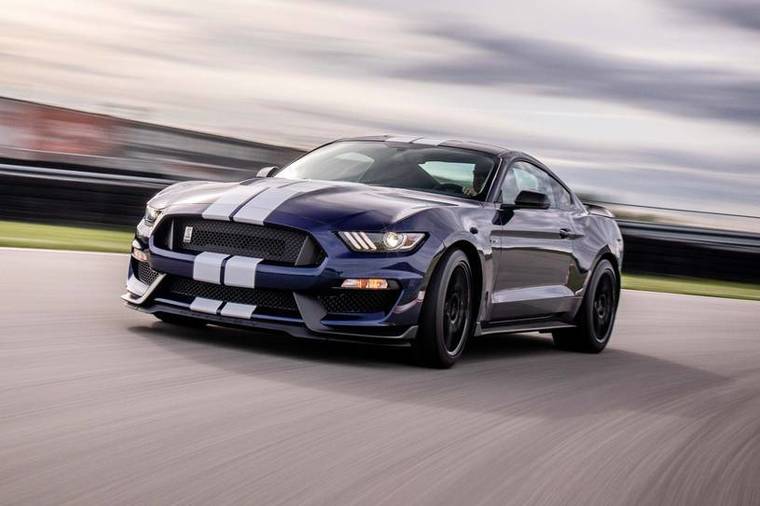 And it was true.

My dream car, a Ford Mustang Shelby GT350, is one of Ford's best examples of offering world-class performance at blue collar prices.  So even if Ford was ready to ditch the Fusion for profits, Ford was kind of killing it on that whole GT350 deal.

But the whole Mustang brand has always been special to Ford.

Ford mostly knows not to mess with it - right?

On second thought, though - do they?

Has the Mustang ever been messed with?  Well, for the most part, no - it hasn't.  The formula has stayed relatively similar.

But there were times that Ford did some things that unquestionably angered enthusiasts. 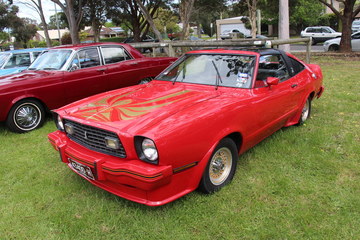 I mean, in the 1970s, during the OPEC oil embargo, there was the Mustang II.  It's hard to know where to put Mustang II though.  In spite of its questionable styling, the car was actually quite prescient.  It was unquestionably the right car for the time and another huge win for Iacocca at Ford.

So we'll give that one a pass.

But what about the next time? 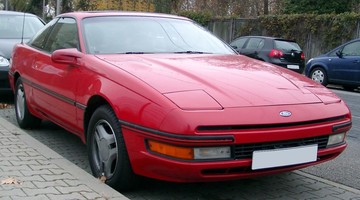 So that one definitely would NOT have gotten a pass had it come to fruition.  But because enthusiasts stepped in, we were spared from that abomination, too. 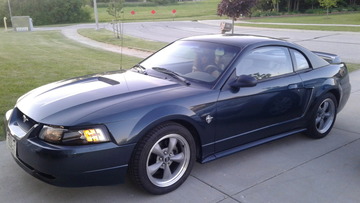 But then the 1990s rolled in.  And, in the 1990s, Ford didn't outright screw up the Mustang.  But they also didn't invest in it.  Instead, Ford was rolling in SUV money and they knew SUVs were where the real money was.  So, in a sense, the 1990s were kind of a similar era to the one we're in now.  Everyone seems to want an SUV and manufacturer's enthusiast lineups are suffering because of it.

Even so, I still give the 1990s a pass. In spite of running limited budgets, Ford also didn't kill the basic ingredients that made Mustang tick: a sporty-type 2-door car that appealed to a massive amount of buyers, young and old, male and female.

So I guess what we can conclude is that from the 3rd generation of the Mustang on, there were a number of near misses that put the brand in serious danger, but none of them fatal to the car that enthusiasts know and love. 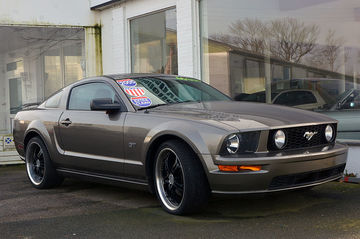 What about beyond the 1990s?  Well, things were looking up again.

Mustangs were unquestionably on the rise again in the 2000s.  In 2005, Ford rolled out the retro-themed Mustang and sales went way up again.

And from 2005 to 2015, Ford continually invested in the platform.  They never let it languish like they did in past eras.

Thus, based upon recent history, I thought the Mustang brand was the one brand I could trust Ford to leave alone and not dilute.  I thought they'd keep it relatively untainted.

The (electric) change, it had to come 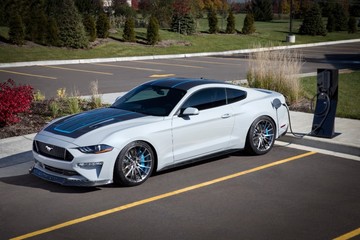 I always knew Ford might move the Mustang to an electric platform - or at least branch out to include an electric version.

And, frankly - that's fine.  Electric is clearly where things are headed whether we like it or not.  And Ford even showed off a pretty nice "manual transmission" electric car at their SEMA display.

So - to be honest, while I intend to hold on to the V8 as long as I can, electric cars aren't offensive to me.

Yet, Ford's recent plan for "expanding the Mustang lineup" is something altogether foul.

Never in my lifetime did I expect Ford to butcher the Mustang brand so decisively with one car, but they've really done it this time.

After all, there was a time when people understood what Mustang meant.  I mean, it was kind of obvious.

Two-door, low-slung, sporty type car with performance and heritage styling.  This isn't a hard formula to stick to, even if it's sometimes difficult to get just right.

But, in an era where everything is being redefined in unexpected ways, perhaps we can't assume the obvious will stay obvious anymore.  Things that once seemed obvious and self-evident are no longer understood in an easy way - are they?

It appears the Mustang, too then, has fallen victim to a culture who thrives on constantly questioning what obvious things are and redefining them in the most ridiculous ways possible.

C'mon, Ford, you know better.  In your deepest depths, I know you do.

And the worst part is, if Ford had simply applied this formula to the vehicle that made sense, all of this could have been avoided ... 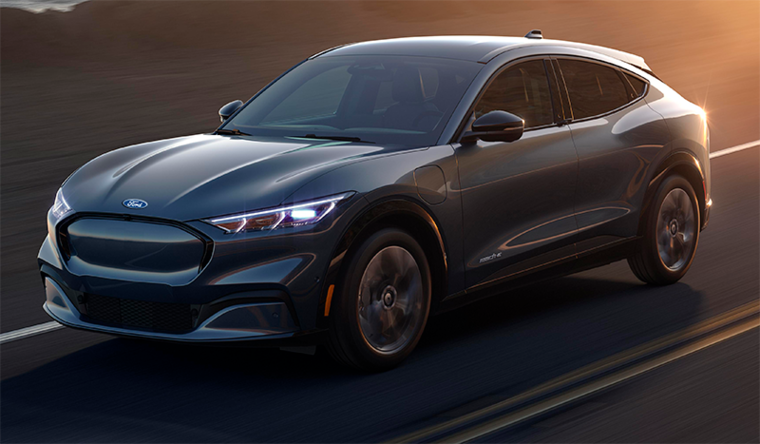 Looking nice and EDGE-E, isn't it?  Looks better with the blue oval, anyway.

And importantly ... the Edge is actually an SUV brand already.  Novel concept, eh?

And the slogans are replaced.  (Don't get fooled again.)

So, please, Ford.  Just build this vehicle as the EDGE-E and give up the act already.  You aren't fooling anyone.

Stop ignoring the pleas of countless across social media and beyond who are upset about your proposed dilution of the Mustang name.

This isn't about the - uh, MACH-E - being a bad vehicle.  But, while this SUV might not be a bad attempt at an electric vehicle, it simply isn't a Mustang.

No amount of marketing jargon is going to convince any of the enthusiasts who've supported your Mustang brand otherwise.

And take note: we ARE the ones who supported your brand.  So even if this vehicle ends up being a runaway hit, stay humble because you've forever tainted the Mustang brand if you go through with this.

Consider the damage: I'll have to explain to people at parties that my Mustang has a V8, a stick shift, two doors, and doesn't have a lift kit (anymore, that is - it is a New Edge ... ).

All because Ford marketing wants a 4 door SUV that identifies as a Mustang, even when it is obvious it isn't.

Carroll Shelby, regarding the naming for the eventual GT-350, famously quipped:

And I think Shelby was right.

So that really just begs the question: Why homogenize a car brand to make an SUV more appealing?

If it's good, it can stand on its own merits.

Here's your warning, Ford: enthusiasts aren't likely to forgive you.

Are you going to respond to enthusiasts and fix this or pretend not to see the reality of how ticked Mustang enthusiasts are?

Your move, Ford.  I'm sure it's no big deal if Mustang buyers stop buying your stuff because of this little experiment.