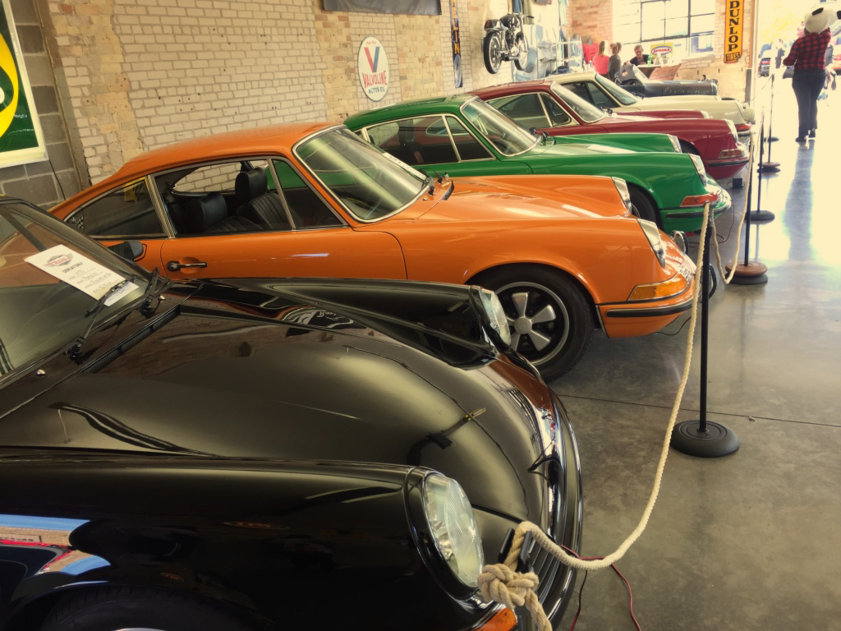 This Bud's not for you. Trust me.

You've seen all of these before at Cars and Coffee.  And although you certainly love and admire these each time you come, what you're after this round is something a bit less ... familiar.  Something altogether rare and unique.

As you exit the shabby-chic garage, you catch a glimpse of a roof in a lovely pale yellow through the dilapidated window panes.

Your curiosity is stoked and you eagerly await what's around the corner.  Is this the day you find your whale, or will you always be Ahab?

That isn't what you were hoping for.   Actually,  that' s a little embarrassing.

But nevermind the pathetic sight of a pale yellow '75 AMC Pacer.  Now your interest is squarely focused on what's behind the car.  No - it isn't Brigitte Bardot.  She may have made AMCs marginally more interesting in advertisements, but, no - this is a different kind of interest.  The kind of tragic interest where you can't quite look away, but you're not sure why.

The sight of an overweight scruffy gentleman in brown corduroy slacks and a checkered pattern long-sleeved-flannel shirt covered by an overcoat sitting behind said pathetic sight.

His blue overcoat has a patch sown on it:  "Bud."  Sitting in a lawn chair reading the latest issue of Paranoia magazine, you aren't entirely sure what to make of Bud.

You have some guesses on this Bud fella, but that would be judgmental - and you aren't a judgmental person, are you?

But then you're treated to a dollop of jaw, aimed at his neighbor:

You know ALL you need to know about Bud.

We've all met a Bud at some point in our life.  Maybe even multiple Buds.

But don't get me wrong.  This has nothing to do with Bud's affinity for an AMC Pacer - different strokes for different folks.  Or even Bud's name.

Bud is your friend who tells his mom, in front of you, that you own a 1959 Ford Mustang.  (And you aren't sure if he's joking or just that foolish.)

Bud is your roommate who brags about his car that has never had an oil change.   (And subsequently the person who vows to never buy said brand again because the engines "don't last.")

Bud is that guy at the party who people are listening to (highly questionable) car advice from.   (While you cringe at the misinformation.)

Bud is every "enthusiast" you've ever met whose ideas and expressions are generally just plain wrong.  It's true that no one knows everything - but it's equally true that some people seem almost deranged to the point where they almost intentionally "know" and spread things that are just flat-out wrong.

So the question is ... who's your Bud?  What stories do you have about your  Bud?

Or maybe it's best we don't name names.

In fact, share your stories below - but let's pull a page from the Joe Friday playbook and change the names to protect the ... ahem, guilty.

Unless you're Bud.  In that case: feel free to out yourself.