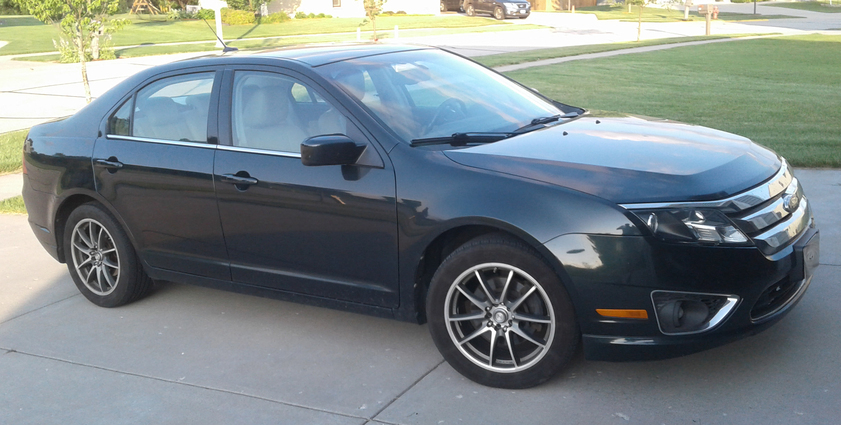 What does it mean for a vehicle to be "High Performance" ?

As automotive enthusiasts, we have a tendency to place certain kinds of vehicles on pedestals.

For many of us, sports cars occupy the highest pedestals.   More "pedestrian vehicles," like a minivan or an economy sedan, are relegated to lower pedestals and considered to be for mere plebeians.  And that's understandable. 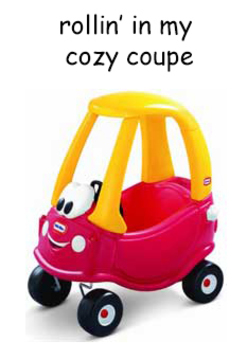 Yet, some of us do drive these kinds of vehicles out of necessity - whether practical or financial.  And when we do, some of us wonder if our automotive soul has died from the automotive boredom being inflicted upon us.

Valid thought.  (And a hat tip to anyone old enough to remember what game my minivan graphic is mocking.  And if you don't?  Check the previous paragraph.)

We also know that even though enthusiasts drool over them, most of us don't actually drive sports cars.  In fact, those of us with wives, husbands, or kids know that sports cars - at least as a primary means of transportation - are usually not the best fit for daily driving tasks.  For daily driving, most sports cars return too poor of fuel economy, too rough of a ride, or too little space to be truly usable and comfortable.

So what do enthusiasts like us end up driving?  Well, some of us drive so-called "normal" sedans.  And by "some of us," maybe I should clarify it as ... "at least me."

But here's the strange thing I noticed recently:

Normal sedans can be high performance, too.

You might be wondering how that is possible.  I shall explain. 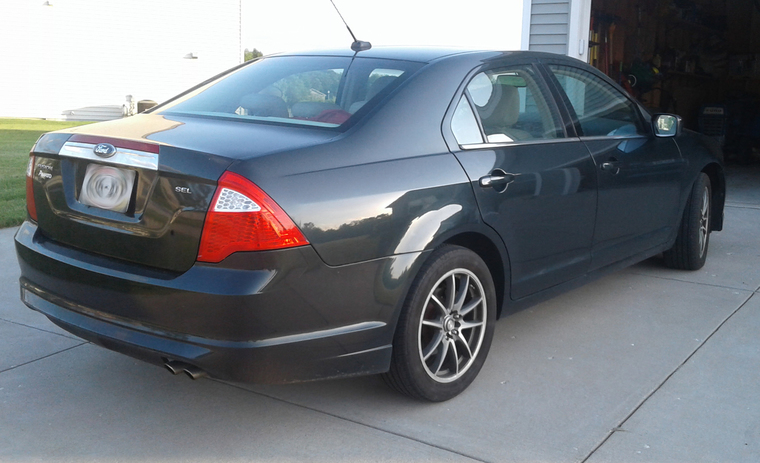 My daily driver is a Ford Fusion SEL with a 2.5L DOHC inline four cylinder.  Big whoopidee doo, I know.  After all, it does zero to sixty in a modest 8.5 seconds and goes on to top out at an electronically limited 115 miles per hour (due to tires).  While it does handle very confidently, it's superbly comfortable and quiet at highway speeds, and has been extremely reliable to 184,000 miles,  this obviously isn't a car you will set lap records in.

So if the stats are hum ho, yet I'm claiming it's a high performance sedan, what exactly am I on about?

Let's dig into this with a question we should all start with ...

This might seem basic, but most of us have never bothered asking.  Enthusiasts immediately think of acceleration, handling, and braking as performance - but strictly speaking, that's not quite right.  In the real world, other aspects of a vehicle's performance are often overlooked.  Especially when you're not the only passenger.

In fact, I realized just how much I overlooked other aspects of vehicle performance when I was frequently moving items from one place to another in preparation for my marriage to my wonderful wife, Melodie, in early 2018. 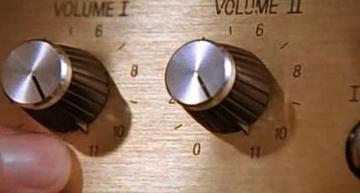 When my then-fiancee and I were preparing our future house, we had to move a lot of stuff from her place to our future home.  But it wasn't just one time.

One time it was the exceedingly generous bridal shower that filled the Fusion to the gills with gifts.  We received so much, in fact, that many of our family members offered to drive to our future place with some of the gifts.  But it simply wasn't necessary.  I couldn't believe it, but somehow, in spite of our humungous haul, the Fusion fit everything.

And this trend kept happening every time we needed to move stuff in the car.  In addition to the bridal shower haul, there were several other trips to bring my wife's home goods over.  Every time, I crammed the car full.  And every time, I was amazed by how much stuff I could fit in the vehicle.  Even on the frigid negative-tempatured night of our wedding, we crammed our car full of stuff.  And on the next morning when we collected our wedding gifts from my parents house.  Same result: it just fit.

It seemed that my Fusion had a gigantic and superbly useful trunk, especially with the seats folded down.  Dare I call it a ... wait, for it ... high performance trunk?

I'm glad you asked.  It's certifiably huge.  Or should I say yuuuuuge?  Well ... probably not.

Anyway, I looked up the dimensions - and if you're a stats nerd like me - it officially swallows 16.5 cubic feet of stuff.   As you can see in the photo below, not only was my car disgustingly covered in salt from a brutal Wisconsin winter day, but the trunk had everything AND the kitchen sink. 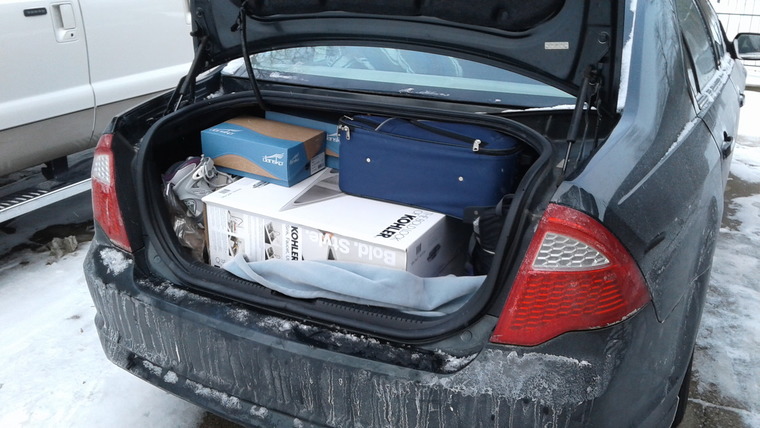 Incidentally, when someone coined the term "everything but the kitchen sink," they obviously weren't thinking of me.  Because - yes, that actually is a kitchen sink in my trunk.  An awesome Kohler sink, which I highly recommend.  (I purchased it for my then-future wife as an early Christmas present.  Don't worry - she actually wanted it and actually loves it.)

Is the author just old and boring?

Do we actually need to redefine "High Performance"?

Age undoubtedly changes us all in many ways - good and bad.  And, certainly, my age and current stage of life is shaping my views on vehicles and their usefulness at the moment.

That's the round-about, yet surprisingly diplomatic, way of saying:

But perhaps I'm just choosing to look at performance on the bright side.  And why shouldn't I?  I'm relegated to driving my "normal" sedan until I can take this out of winter hibernation: 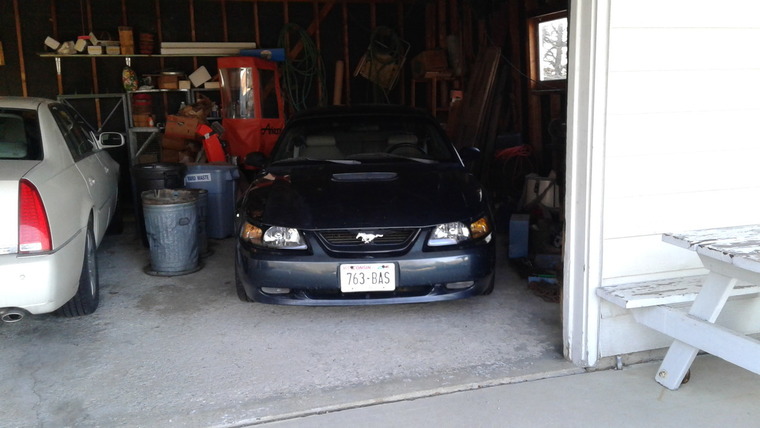 Although, I must admit, it does look kind of cool under its cover, which my amazingly-thoughtful wife purchased for me: 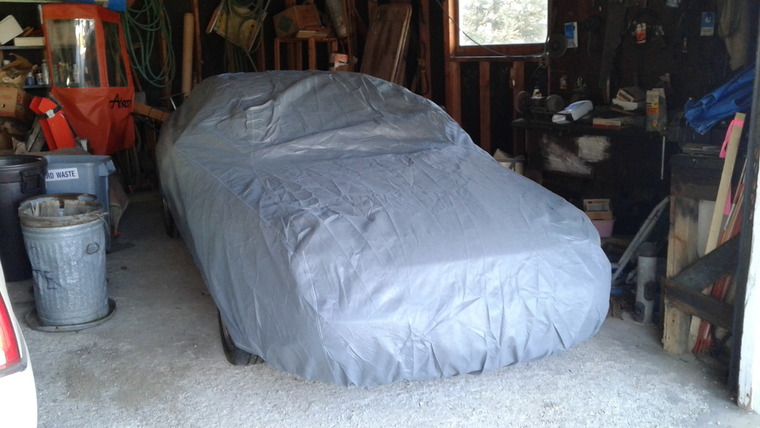 So what is "High Performance" then?

Despite my age and stage of life, I can't rightfully argue that we shouldn't be impressed by quick, awesome handling cars that brake well.  Nor should we stop calling these vehicles "high performance" vehicles.  That's what we do as automotive enthusiasts, and I, for one, don't intend to stop.  So don't take that away from this post.

What I'm really doing here, is that I'm simply conceding that your disgustingly goody-two shoes pragmatic friend, who has always bought the most practical car ever, probably has a good point and a good reason why they purchased what they did.

It's probably high performance for them in some way - even if you'll blow their doors off in your "enthusiast vehicle."

But they're probably wrong, too - because you're having way too much fun in your unreliable-enthusiast-money-pit to care. 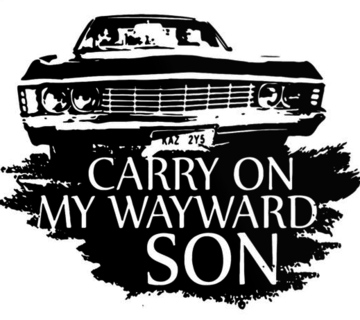 (You can purchase the metal print at Red Bubble here if you like it - and, no, I wasn't paid to endorse this print.)

I can't guarantee there'll be peace when you're done, though ... especially not if you have a spouse and you haven't even bothered telling them about the Craigslist Special you just bought without telling them.

In that case, you may want to try prayer.  And one dozen long-stemmed roses.