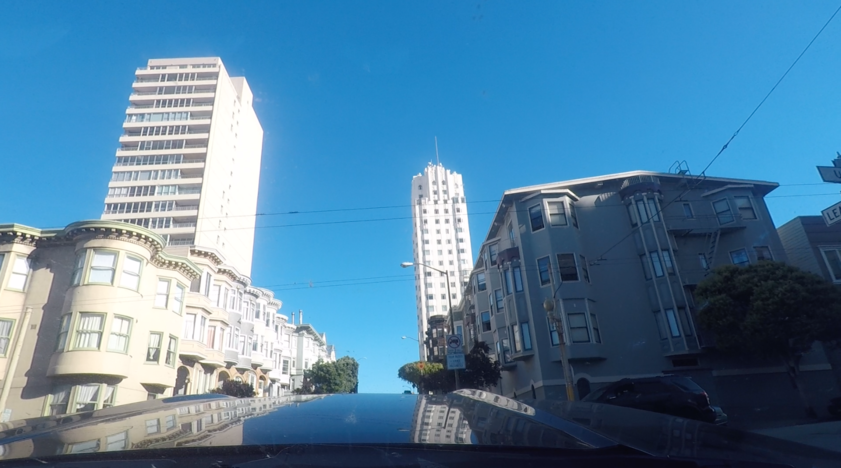 San Francisco in a Mustang makes you legendary

In your own mind, at least

On a recent trip to the California coast, after surviving a close call with a hurrying Californian, I had the opportunity to explore the hilly streets of San Francisco in a 2017 Ford Mustang EcoBoost convertible. While I'm sure you can drive most cars in San Francisco and enjoy the city, driving it in a Mustang is the way to go.

Let's dig into that a bit.

To many people, the Mustang is just a nice car.  And they're right.  The Mustang, particularly the newest iterations, are very nice places to be.   They're refined, powerful, and fantastic to drive.  All things that you want in a vehicle these days.  On the other hand, it also has a ridiculously long hood, which hampers visibility, and is home to terrible blind spots (on the convertible, at least - when the top is up).  But none of that matters, really.

Driving a Mustang in San Francisco elevates you somehow.  Jeremy Clarkson famously opined about a vehicle's "X-Factor" and how that was really all that mattered about a car in the end.  If you aren't familiar, the X-Factor is essentially a label for a vehicle's charms and quirks that make it appealing and lovable in spite of its flaws.  And although the Mustang's flaws are so minimal at this point that they're hardly worth the ink, the Mustang has that whole X-Factor appeal in spades.   The car is just dripping in character and charisma.  If you don't see any appeal in it, check your pulse.  You might be dead.

So what happens when you mix a vehicle with a strong X-Factor that has some deep roots with the city you're driving it in?  Well, it isn't complete hyperbole to say that driving the Mustang in San Francisco is a legitimate event.  And when you're driving it in this city, every hill you crest makes you remember this.

You say to yourself: The Mustang was surely born in Detroit.  But it was made legendary in San Francisco.

But it doesn't matter.

So you blip the throttle a little bit and let that engine goodness free, even if for a moment.  And it couldn't be better.  Except maybe if this Mustang was powered by a throaty V8.

But it doesn't matter.

So you put the top down and soak in the beautiful city.  And it couldn't be better.  Except maybe if you were driving a 1968 Ford Mustang GT390 in Dark Highland Green.

Okay - so let's be honest: it does matter a little.  It could be better. 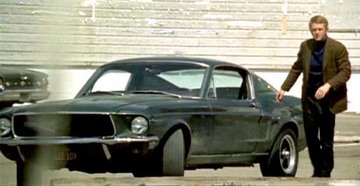 I'm not legendary (see above).

I'm not Frank Bullitt (see above).

But then again, anything could be better.

And maybe doing San Francisco in an actual  Ford Mustang Bullitt like this one would be better.  And I'm sure that a real 1968 would be an even bigger treat.

But I drove a 2017 Ford Mustang EcoBoost convertible.  And when I was actually driving and not engaging in hyper-analysis like I am after the fact, I can't possibly imagine enjoying the city quite as much as I did in a Mustang.

And if you aren't convinced yet - just try to resist the urge to watch Bullitt after watching the EcoBoost Mustang cruise the streets of San Francisco in the video attached to this blog post.

Side effects of watching the video may include strong urges to rummage through your closet looking for tweed suits and Vietnam veterans watches.