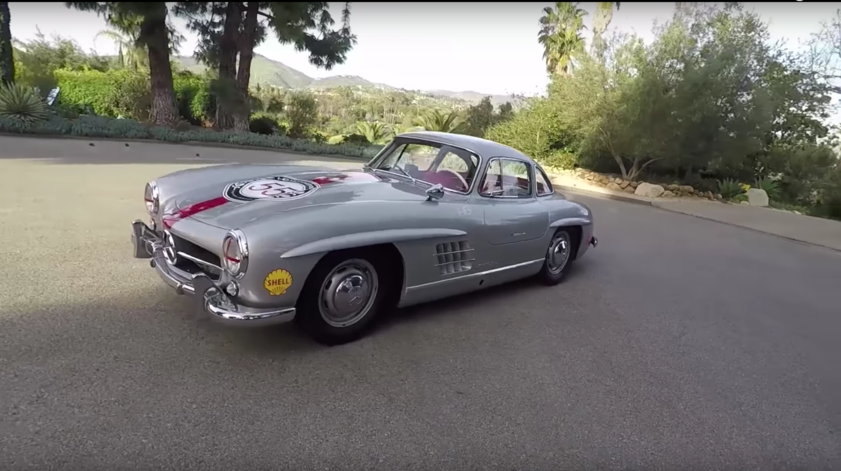 And you should too. Ride along as Matt Farah reviews the Mercedes 300SL Gullwing.

The mere utterance of even just half of the brand name conjures up images of German over-engineering, extreme durability, and class.

A step above the plebeian vehicles the masses drive,  Mercedes-Benz has often belonged to the coveted aspirational category of vehicles that enthusiasts lust after.

And while you could still consider most contemporary Mercedes aspirational vehicles, the gap between Mercedes and its peers is considerably smaller today versus what it was in the 1950s.

Mercedes was just that far ahead.

The 3.0 liter straight-6 in the 300SL featured the first fuel injection system of any publicly available production car.

The Bosch mechanical fuel injection system gave the 300SL around 215 horsepower;  in an extremely light car like the SL (which is claimed to weigh around 2350 pounds), this allowed for a top speed of 160 miles per hour with appropriately tall gearing.

Which, at the time, made it the fastest street car in the world.

Let that sink in.

In the video below, make note of how Matt Farah exclaims: "This thing must have been a missile back then!"

But then that would make too much sense.

After all, the 300SL was a street car borne out of a racing car upon the suggestion of Max Hoffman, Daimler-Benz's official U.S. importer at the time.

And give that man a bonus.

Okay - I guess it's probably too late.  But he sure deserved one.

After all, the car was not only commercially successful, but also completely transformed the perception Americans had about Mercedes-Benz as a brand.  It shifted the American brand perception from that of a solid German sedan company to that of a manufacturer that produced sports cars to rival the best from Italy and England.

Step Back in Time

So take a trip back to the 1950s with Matt Farah and experience a bit of the glamour, mystique, and drama of that 300SL gem of a car.

What an engine.  What a car.  What an honor it must have been to drive.

I'm honestly not sure Matt can even top the 300SL on his One Take series.

But I suppose he had to throw us a gem like the 300SL after that abysmally bad Camaro he tested, which featured only 3 working brakes.

The 300SL's rubber door seals are probably worth more than that entire sketchy 1980 Camaro.

How many cars can you say that about?

And let me know ... what's your favorite car that Matt has reviewed so far?  Post in the comments below.