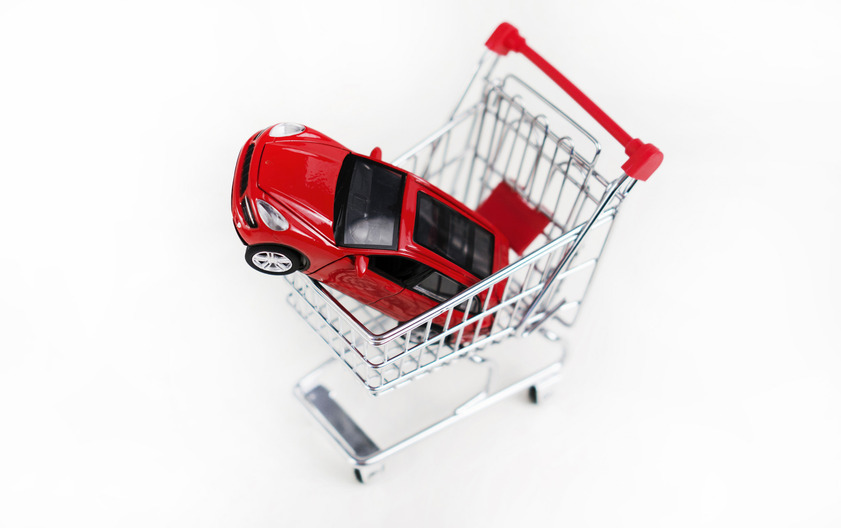 Choosing the car, truck, or SUV that's right for you

How should you shop? Is the brand your ultimate trump card?

I recently had a friend contact me and request advice about what kind of car he should buy.

He wasn't sure what to get or where to start. 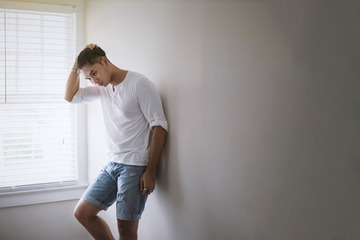 Who knows.  All he knew was that he wanted out of his current vehicle.

I don't write this to suggest that he's indecisive.  With the plethora of options available to consumers, it can be quite difficult to not feel overwhelmed, especially if you are someone who doesn't particularly pay attention to the automotive industry.

I also don't think his dilemma is all that uncommon.

Many people have their own theories and ideas about how to pick out a car, but I'd like to propose one for those of you who are truly lost.

I'd like to share a rationalized method I used when I purchased my daily driver back in 2011.

Where you should start?

What's funny about where you should start is that you already know what you should do, you may just need someone to remind you.

Like going to the grocery store to avoid over-buying or forgetting something, it can be a great idea to make a list of things you need.

Since car buying is also an emotional decision, in addition to that list, I also recommend you make a separate list of things you want  from the vehicle.

I did this when I purchased my current daily driver - my 2010 Ford Fusion.  It worked out great. 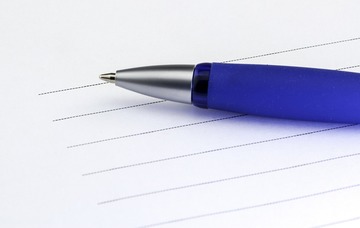 Because I was planning to use the vehicle as a commuter vehicle, here are the lists I developed:

I'm not going to lie: this will take some effort, but it will pay off.

Not only did I consult Consumer Reports subscriber-reported reliability ratings to find out what vehicles were generally favorable, but I also sought out anecdotal evidence from people on forums who actually owned the vehicles in question.

In doing my research, I found a list of vehicles that actually hit on all of my wants and needs.

After my formal and informal research was complete, I narrowed my list down to three vehicles that seemed to be along the lines of what I was after:

Send your letters to ...

Now, before you write me - I know.

Yes, I know that all of these cars are based on the same platform.  In fact, the Mazda6 was the first.

And, to be honest, originally the balance was actually tipped in the Mazda's favor because it felt a bit sportier and seemed a bit more stylish.  My dad would confirm for you that the first car I test drove was a blue Mazda6 with a manual.  And, to be honest, in most ways, it was a great car.

But, after some additional research on the Mazda6, I found that Mazdas, although sporty, were also extremely prone to rust.  Being that I live in Wisconsin, although it was tempting to get one: I was out.  I didn't want to drive a vehicle with rusted out wheel arches five years later.

What brand should I choose?

Because of this, choosing a vehicle brand, much like choosing a suit coat or a pair of jeans might lead you to make assumptions about the quality and durability of the product on the basis of brand itself. 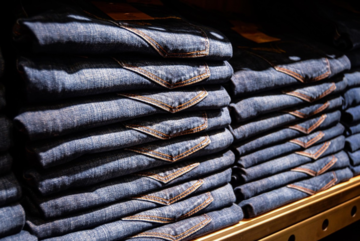 But what you need to keep in mind is that brand perception isn't always the reality of the individual model.

Although I fully admit that I have a pretty strong brand preference, my inclination towards that brand has very little to do with whether I purchase a particular model from that brand.  Again, the brand is only part of the equation.

My friend has brand inclinations, too - or should I say  ... declinations.

Yes, in my friend's case, he has a strong inclination to avoid a brand after a bad experience he had.

In this case, he told me point-blank that he didn't want to purchase a Ford. 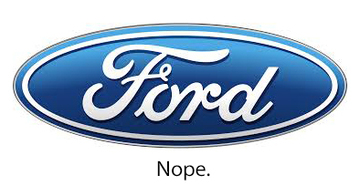 In his defense, it isn't because of some ridiculous argument like his grandfather's 1974 Ford Granda was a pile of garbage though. (Side Note: I don't think his grandfather actually owned one of those, but we've all heard someone who uses this kind of logic to make car purchase decisions.)

No - in his case, it's because his first-generation Ford Escape Hybrid has cost him - he estimates - around $20,000 to maintain.  And I totally get that.  Some cars are absurdly expensive to maintain, and I have plenty of sympathy for you if your vehicle ravages your wallet.  I really do.

But, as it turns out, ruling out a brand on the basis of a bad experience might not be a wise move.

Allow me to explain.

Let's remember back to high school for a second.  You had dozens of teachers throughout your years, right?

But they all were part of that school.  Yet, was the entire school brand tarnished because of one bad teacher?

Perhaps ... but, a more important question is this:

Did that one bad teacher make all of the good teachers bad?  Of course not.  And this is exactly how you should think of car models as they relate to a brand umbrella.

If this analogy isn't working for you, I'll just say it flat out:

When purchasing a vehicle, focus on the model - not the brand!

After all, most vehicle manufacturers make several different models.

Just because one model within their brand is a good vehicle, it doesn't mean another one is.  And, of course, the reverse is true as well.

First of all, let me make it clear that it's okay to be a fan of a brand.

I am.  I'm a fan of the Ford brand.  But that has some limits that you might not realize.

For instance: it doesn't mean I'm a fan of every Ford vehicle.

Let's just be honest for a second: Ford has made some lousy cars over the years.  At the very least, they make some vehicles that I currently wouldn't buy.

Let's take some later models like the Focus and Fiesta, for instance.  They've been plagued with issues - both real and perceived - with their automatically-shifted manual.  Both of those vehicles I wouldn't purchase under any condition because their resale value has been hurt and I would grow tired of every friend asking me why I purchased a vehicle with known problems.  (Of course, both of these vehicles have a simple fix called an actual manual transmission ... and you are an enthusiast - right?)

Anyway, the point is that laying a blanket statement on an entire brand being unreliable based upon your specific experience with a model is mostly foolishness.  Yet, it's emotionally satisfying because who doesn't like ranting about something that has wronged them?

Tribalism at its finest

This love many of us have for a particular brand isn't exactly something recent generations invented though.  As humans, we are inherently inclined to participate in tribalism.

My point isn't to say this is bad.  My point is to say that sometimes we need to take a step back and examine the models behind the brand, in spite of our inclinations.

While it's true that some brands are definitely, on average, more reliable - Toyota comes to mind - let's remember that individual models make up the brand.

Put another way: every manufacturer has made vehicles that were more or less reliable than average.  There is no perfect manufacturer or brand.

So when my friends ask me why I purchased a Ford Fusion, although I don't always have an immediate answer ... when it comes down to it, it's really quite simple:

Yes - Consumer Reports research bears this out.  You'll find the Fusion was, at one time, recommended over the Camry, and for vehicles made in the past 10 years, Ford clocked in with below average cost of ownership, according to a recent study by Consumer Reports.

In fact, if you look at the Consumer Reports article, you'll also find that Ford's average total cost of ownership was identical to Toyota.  That might raise a few eyebrows.

Yet, for me, it doesn't.  This matches my experience perfectly.  Based upon my experiences with my 2010 Ford Fusion, this comes as absolutely no surprise.  I mean, I've driven near-as-can-make-no-difference to 200,000 miles, and it's not only been reliable - it's also been extremely inexpensive to maintain.

Now obviously, there are other things to consider when purchasing a vehicle.   But if reliability is your thing, nothing beats consumer surveys and visiting some message boards to see what kind of experience fellow drivers are having with a vehicle you're considering.

Whatever you do: don't buy what your friend tells you to buy!

In all seriousness though: listening to your friends advice about what brand to buy isn't particularly useful.  If you don't understand why after reading this article, then you fail at reading comprehension and you've corrupted your school's brand forever.   (You've won all the points if you understand the irony.)

Consumer Reports once had this attitude.  Then they realized it was stupid because the Camry did horribly in the IIHS crash tests and Toyota covered up severe safety problems related to unintended acceleration.

Ford, GM, Chrysler, Nissan, and Volkswagen, and everybody else make mistakes and junk vehicles at times, too.

But they all make good cars, too.  So why write off an entire brand?  You might be missing out on a great model!

Okay, so really ... what should I take away?

Research and test drives are the best tools you have to be a well-informed consumer who gets what you want.  Lists of your wants and needs can help you prioritize. 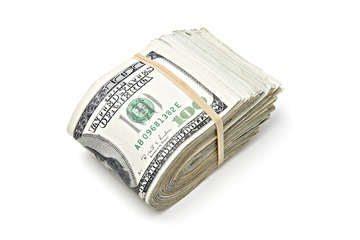 And here's the ironic part:  You already knew all of this, but your heart acted like you didn't.

And if you want to follow your heart, that's cool.  We enthusiasts often do.

Just be ready to open your billfold accordingly.