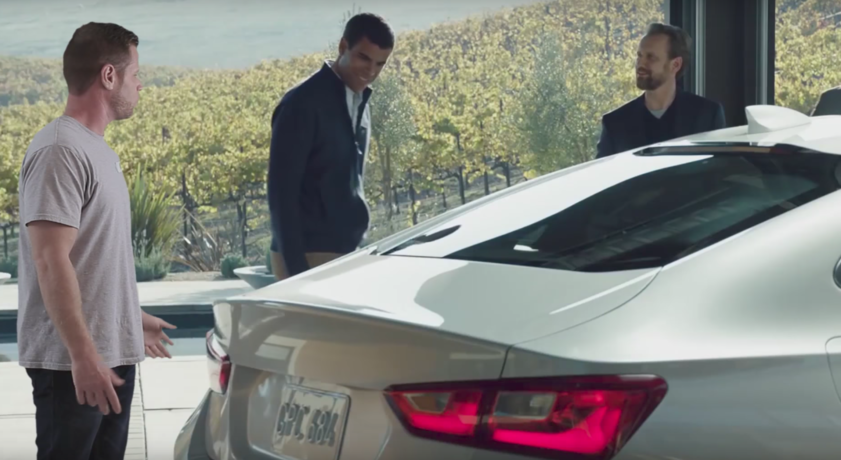 Flag on the play, Chevy. There's no excuse for this.

Chevrolet, like all other mainstream car brands, has one primary goal: to sell its vehicles for profit.

Well, actually, no.  But, in truth, making competent vehicles is actually only half the battle.

The other half of the battle is making the general public aware of the vehicles so they are driven to make a purchasing decision.

In order to accomplish this task, Chevrolet, like all other mainstream car brands, has a marketing agency on retainer who develops and/or produces commercials, ad placements, a website, and other marketing materials that will hopefully capture the attention of consumers.

Now to be honest, Chevrolet is producing some competent products right now.  I'm not really enthralled by their design language at the moment, but many of the cars themselves have won favor from most of the mainstream automotive press.

On the other side of this is Chevrolet's marketing though.  And in this area, all I can say to Chevy is this:

What were you thinking?!

So what are the ads?  Well, as best I can tell, what we're looking at here is a series of ads that are disingenuous at best and dishonest at worst.

Every time I see these commercials, they make me cringe.   They are the most rousing festival of awkward, forced marketing that we've been subjected to by a car manufacturer in recent memory.  (If you merely want to recall the most annoying campaign, look no further than the repetitive and highly annoying Saved by Zero campaign Toyota ran in 2008, which ranks a 10/10 on the annoy-o-meter.  Click the link at your own risk - you've been warned!)

But even if the Chevy "Real People" campaign is terrible, there is one positive thing I've found with these commercials:

They make a hilarious opportunity for places like Zebra Corner to have some fun (at Chevy's expense, of course).

So sorry, Chevy fans.  Like I said, this isn't about the products.  Chevrolet is making some good products right now.  But even the most diehards of you out there have to realize how ridiculous these ads are.

So, Chevy:  for our sake and yours, please stop.

And if Chevy is looking for a new marketing agency, I've got a solution:  Don Ford Productions.  I'm sure it's always been Chevrolet's dream to work with a Ford, right?

Well, I guess there's always the option of continuing to be Zebra Corner's punching bag ...