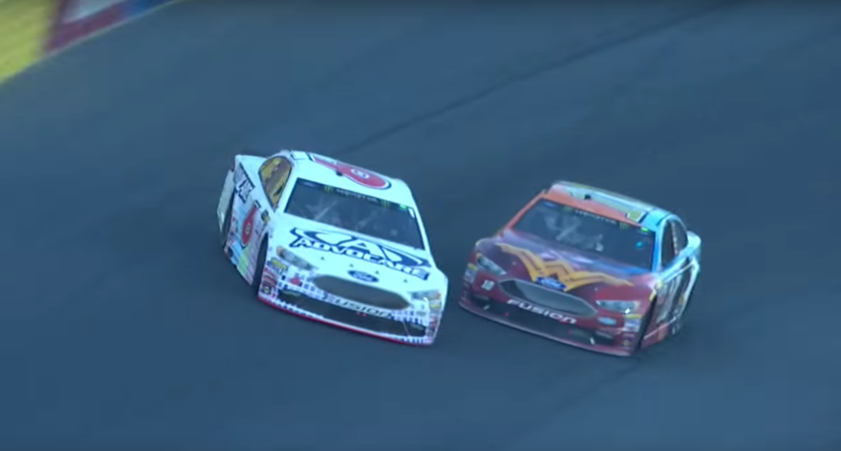 Bayne pulls off unbelievable save in All Star event

It's a certifiable code-brown moment in turn 4 for Bayne

I must admit that I'm not much of a NASCAR fan these days.

There was a time in high school when I was, but lately, I've really lost interest and any desire to watch it.

Between the annual rule changes (err, sorry ... enhancements), manufactured drama of "breaks" during the race, and my long-standing opinion that races are too long, NASCAR is mostly dead to me these days.

I realize that times change and NASCAR is trying to adapt, but the series often feels less like an actual racing series and more like it's aiming to be a "show.”  There’s a reason why it’s widely-regarded as the WWE of racing - and that’s not just because of Talladega’s infamous infield antics.

Despite all of these criticisms though, I will admit that NASCAR has some very talented drivers.

They may not have a reputation for being able to do anything other than “drive fast and turn left,” but in reality, many of them have great car control.  I’d put many of them up against the best drivers in F1 in that regard.

Some of this might be because many of the drivers grew up in open-wheeled dirt cars, where car control is the name of the game.  You’re always on the ragged edge, and you're always on the verge of wrecking, in a sense.

Car control seems to come more naturally for some versus others.
And while almost any NASCAR driver would put Joe or Jane average to shame in car control, some NASCAR drivers clearly have more car control chops than others.

In the most recent "Open" race that preceded the All Star race, I'd say Trevor Bayne won the award, handily.

Here was the situation, folks:

Danica Patrick in the #10 is coming up on Trevor Bayne in the #6 with a full head of steam coming into turn 4.

Whether intentional or not, it appears that Patrick taps Bayne’s left rear quarter panel, getting him completely sideways coming out of turn 4.

Charlotte is an egg-shapped oval, which makes turn 4 a fast, yet tricky, exit under normal circumstances.  It isn’t uncommon to see a driver get “loose” (oversteer) off the corner.

But when you’re sideways like Bayne was, it takes some serious effort, car control, and, well, let’s be honest - a little bit of luck - to keep it off the fence (that's the wall for you NASCAR newbies).

But save it he did.

So Trevor Bayne, we salute you.  We salute you for your massively awesome save, and for your obvious car control skills.

And you win the prize, Trevor.

You’ve won the “Mad-Skills Monday” award for today for your mad skills in the heat of battle.

Watch the amazing save in the clip below.