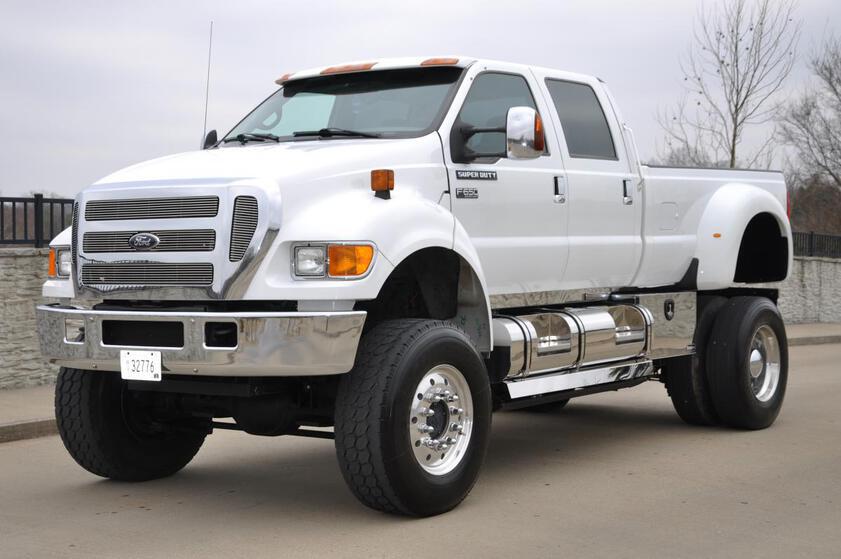 Are the latest trucks too large?

A great many automotive experts on the Internet love to bemoan how "HUGE" new trucks are compared to trucks from a couple decades ago.  This parroting sentiment has trickled down into the car enthusiast community.  Nearly every blog article about new trucks continues to berate "just how large new trucks are."

"Oh - the new Ranger is the same size as a full size truck from 20 years ago!"

Well, to be frank: this is all a load of bunk.

The newer trucks appear to be much larger than their older cousins; but, does the appearance of being larger equate to actually  being larger?

Both trucks will be two wheel drive with the "Supercab" and 8' bed.
First, let's start by looking at the Elephant in the room and have a look at the overall length:

The overall length is significantly more at a 15.2" increase.  However, is this a bad thing?

The 2019 F150 is going to have much more room in the cab than the 1995 model - especially in the back seat area.  The 1995's rear bench was useful for only children and couldn't seat an adult.  Many people opted for the jump seats that could seat a single adult stretched across the rear space.  In spite of this increase in overall length, the wheelbase tells a fairly different story.

So the wheelbase only increased half as much as the overall length.  Wheelbase is going to affect your turning radius and the like - but it's still not a gigantic leap in size.
Now, let's look at the Width - excluding the mirrors, as they won't always be the same width on the 1995 model (with manual mirrors anyway).

So in 24 years the width of the vehicle has increased less than 1 whole inch.  This means you need an additional half inch on either side to accommodate the "larger" truck.  Not a staggering increase - but I hear you.  It could be mildly annoying in older garages and parking facilities.
"But wait!" you say ...

"Newer trucks with all this new level of gadgets are certainly heavier, right?"

Well, I've also looked at that.  Here's what I got from Edmunds' database.

Given that the 1995 model merely required seatbelts and had not yet included airbags, a 328 pound difference isn't that unexpected given the longer truck.  I'd say Ford's choice to go with aluminium for the body also has helped keep the modern F150 in line with older trucks.  The difference in Gross vehicle weight is only 250 pounds.  So the modern truck has gained a little extra GVW, but really to compensate for the curb weight increase.
The new truck is taller, but only by half an inch.  Having ridden in trucks from that era this is for the better.  My knees are no longer to my chest and the seating position in the cab is far more comfortable.  I'm 6' 4" tall (half an inch more than the 2019 F150) and I have yet to encounter a single parking garage I cannot walk in standing upright.  I know such garages exist, but you aren't bringing anything but a car into those anyway.
Now, this exercise is purely on paper with measurements provided from manufacturer literature.  I do not have a 2019 F150 physically available to me along with a 1995-1996 F150 to do direct measurements with a tape measure.

However, the point of this article is to point out that the sentiment that new trucks are so much bigger than their older counterparts is blown VASTLY out of proportion.  At least it is to me.

Now, the 2019 Ranger isn't actually out yet-  so I don't have figures from Ford to compare with.  When those stats are available, I will update with a new article and compare to the 2011 Ranger when those figures are officially published by FoMoCo.
Source: Edmunds.com