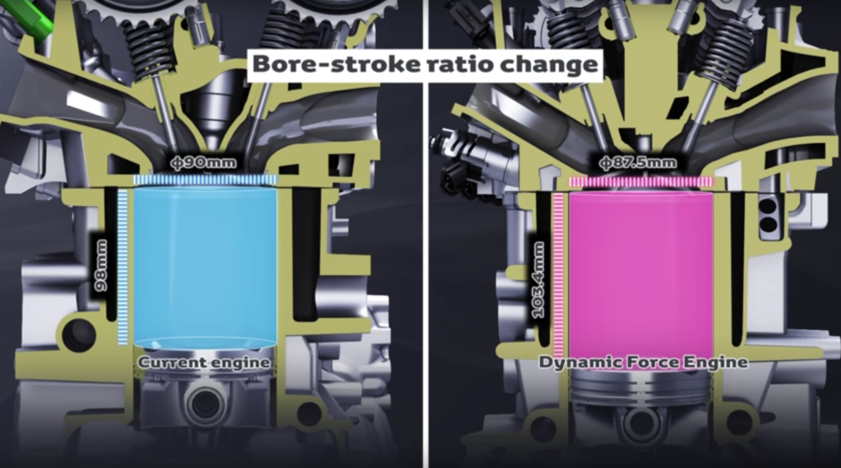 Is this the New Lotus Engine?!

Today I'd like to talk to you about Toyota's new "Dynamic Force Engine". We are looking quite simply at some changes that will promote efficiency, power, and torque. Mazda is still a few years away from its "Sky Active X" technology that looks to bring even more efficiency, power and torque - but who knows how reliable this new tech will be? Many are acquainted with Lotus' use of Toyota engines, and there has yet to be an Elise replacement for some time. My question: does this engine satisfy the power plant requirement for this future automobile?

1ZZ-FE found its way into so many vehicles, including my 2003 Toyota Corolla. I owned my Corolla from 2006-2017, driving it from 37,000 miles to 191,000 miles. This engine's oil was changed by myself every time with fully synthetic, extended performance oil (Mobil One), and in its life, experienced zero problems. Impressed by this and the fact this engine found its way into none other than the Lotus Elise. Yes, yes, I know, the 2ZZ used a VVTL-i vs. my Corolla's VVT-i, and also had an updated intake and computer. However! This power plant provided Lotus with an efficient, powerful, reliable, light engine (can I use any more adjectives?).

Hopping into my friend's 2011 Lotus Evora, racing it to as close as I dare on Michigan highways, I found what makes these cars so cool. Everything! Almost - as the storage space and rear 2+2 seating leaves one desiring. The Toyota Camry's 2GR-FE has a similar story to that of my Corolla, as it powers the beautiful Lotus Evora. The partnership of Toyota and Lotus has allowed a rare industry feat: a Supercar/Exotic that will not leave you stranded and crying as you pay more for your repair than you did your wife's wedding ring. We have, as consumers (and car enthusiasts), enjoyed this.

Now, to the matter at hand! (That engine tho!) Toyota has made a few minor changes to its engines. The bore ratio and the intake/exhaust valves have gone through minor changes, which bring thermal efficiency to 40 percent. Watching the video in the description of this article will yield some beautiful imagery to my words. What we have is significant, not because it's a dramatic update, but rather, coming from Toyota, allowing legendary reliability and obtainability.  Camry's new 2.5 liter 4 cylinder engine will carry this "Dynamic Force", while undoubtedly providing drivers over 40 mpg (hypermilers, what up!), and over 200,000 miles of flawless performance.

Purely speculative, but I'm willing to bet Lotus has been waiting for a moment like this (providing the market isn't too obsessed with crossover craze).

But who cares, the future is electric!

Hold on, wait a second - as the EPA is in talks right now (April, 2018) to repeal a very obtrusive 54.4 mpg by 2025 on Auto Manufacturers. Freedom please! In a consumer/free market/free trade society we should decide what we want to drive and the government answers to us.

Force usually doesn't feel nice. (Have you ever felt government force? Feel free to share in the comments)

To summarize, the new "Dynamic Force Engine" will allow more efficiency and a better case for the petrol fired, internal combustion engine. Lotus will pick up on this (or someone else?) Either way, we look forward to driving more exciting, efficient vehicles, and sharing that experience. Until next time, much love.

-Joshua Kaminski - writing with pride under the pen name - CaptainAmerica -